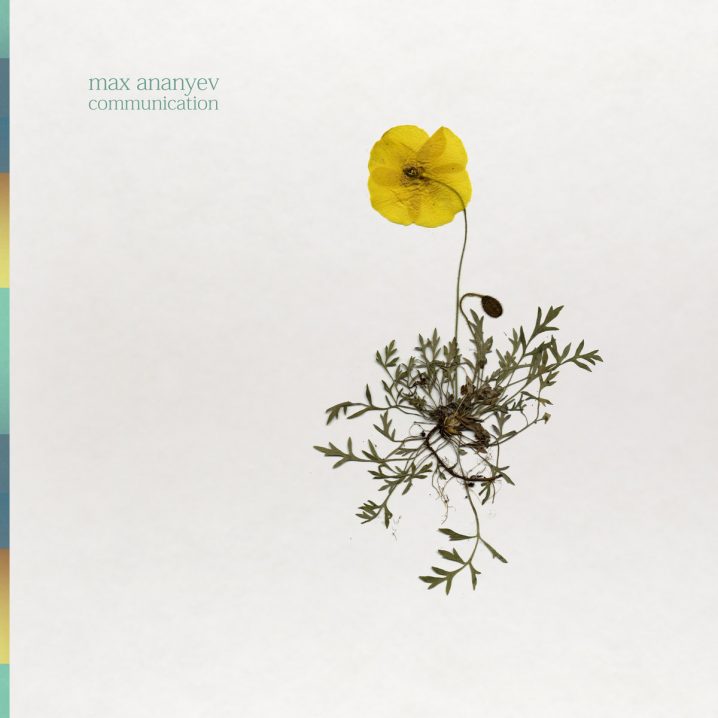 I’ve played Communication more than a dozen times before I sat down to write out these words. It’s not that I needed to be convinced to share this album with you – it’s that I just couldn’t stop playing it. And upon each subsequent rotation, I would discover new layers of sound that I managed to somehow ignore. Minimal electronic treatments and sonic treatments on top of the acoustic and electric guitar, that simply lingered in the background before, would now float to the front, becoming detuned, reverbed, and drowned in new atmospheres. Perhaps the pieces alone, recorded directly from the guitar, electric piano, and mandolin would be enough to impress me all on their own, and yet it is these peeled back layers that I am mostly immersed in, as the music unfolds.

Perhaps the easiest comparison of Max Ananyev‘s work would be that to of Western Skies Motel (if you have heard it), and specifically, their Settlers release on Lost Tribe Sound. Here, the acoustic guitar, with its folksy melodies, is the driving force behind most tracks. But on Communication, Ananyev invites the listener to hear even more, through the playful and inventive patterns, barely familiar progressions, melancholy textures, most importantly, the album’s genuine soul. The latter is colored with a nod to environments, scenery, and nature, with titles such as “River”, “Birch Trees”, “Lake” and “Oak Tree”, drawing inspiration from a more organic source.

The word “communication” is my perception of the world and the objects in it. The magnetism of the water, the energy of different trees, the effect of the moon on the human psyche – all the things we don’t understand, but that we easily feel. Each piece is dedicated to a particular object or phenomenon, which is why they have such simple titles.

Ananyev is a St. Petersburg (Russia) based composer, releasing past works under his Tree Bosier moniker, in various genres ranging from UK garage to dream pop. But it is on Communication where I think he finally found his inner voice, with inspiration and a reflection on his relationship with nature. Recorded as several musical phrases, Ananyev would focus his attention on guitar, fluidity of rhythm, and elastic time signatures. The arpeggios would then be combined with minimal atmospheric textures (coming from Arturia Minimoog V VST, as I learned from his interview on the label’s site), and post-processed with nominal effects.

The 8-track album is released on UK’s Preserved Sound imprint, which previously brought us works from Endless Melancholy, Poppy Nogood, Ancient Colours, and the previously mentioned Western Skies Motel (for their earlier, Prism album in 2015). Communication is available digitally, or as a limited edition, hand-assembled and pressed compact disc, directly from the label’s Bandcamp. Recommended if you like The Green Kingdom, offthesky, Olan Mill and Stray Ghost.