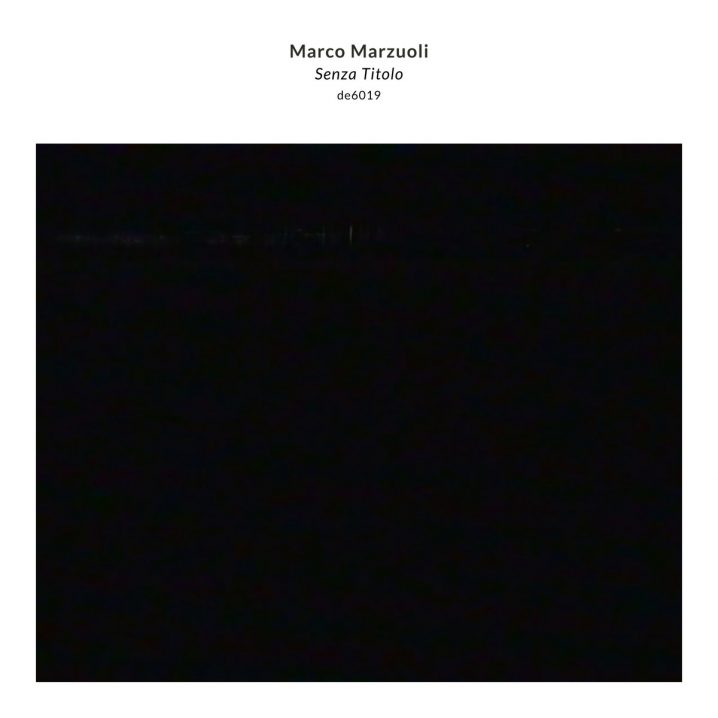 Marco Marzuoli‘s Senza Titolo is a single track, thirty-two-minute drone, and honestly, I wish that it would go on much longer. There’s just something about its extending, muted, and evolving structures that makes me rewind the album to the very start, once its soft-hued and delicate palette subsides. And only when I’m forced to retrace its expansion in time, am I able to truly recognize the entire transformation through which all of this sound has until now progressed. Like a slow glowing light, the sonic atmosphere of this piece flickers and gleams with the wind of the thought, only to focus, once more, on the ever known present.

Born in 1982, Marzuoli is a Città Sant’Angelo (Italy) based artist, also experimenting with still and moving images interwoven with his improvisational compositions. Senza Titolo is his only second release, the first being only a few months prior, titled Appunti on Éter Editions. For this composition Marzuoli recorded his bass guitar, which he later manipulated with analog and vintage instruments, looping its sonic terrain into an endless change of color – a pun slash head nod here to the same titled release by Marsen Jules on 12k which obviously left this long-lasting impression on my mind for the very same reasons. Although non-generative in nature, Senza Titolo gives way to tiny accidents and imperfections, each falling into their own deterministic nature, for the contemplation on within.

‘Senza Titolo’ is a long meditation that accompanies the re-discovery of sound’s mortality and identity in an obscure and ethereal dimension, beyond time and space, where the author aims to give concreteness to the dialogue with his inner voice. […] The record narrates an intimate low-fi catharsis, and offers the chance to float in an occidental, nostalgic mantra. A humble encouragement to embrace both beauty and fragility of the flaws in minimalism.

Like a head-cleaner for the busy mind, whenever I feel my pulse quicken due to some invisible and troubling thought, I gravitate towards this album. Translated as “Without Title”, or simply “Untitled”, Senza Titolo is a piece on the transience of being, mortality and ultimately time. As such, Marzuoli is able to erase time from the ever present equation of living, leaving one in the midst of their journey, alone but as one with the isness. The cover art, by Marzuoli himself, is, of course, less than revealing as well. Highly recommended for fans of minimalist drone and microsound by Richard Chartier, Stephan Mathieu, Celer, William Basinski, and of course, Yann Novak.