Ian Hazeldine’s music as Antonymes has been on my rotations for years. He’s even made an exclusive mix for Headphone Commute, titled The Spaces Between Seconds. In 2011, The Licence To Interpret Dreams was selected as one of the best albums of the year, in our Music For Withered Leaves And Lonely Fishtanks category. In 2013, Hazeldine released There Can Be No True Beauty Without Decay on hibernate, and with his latest, titled (For Now We See) Through A Glass Dimly he’s back on the Australian Hidden Shoal Recordings. If you’re interested about his entire catalog, make sure you also pick up Like Rumours Of Hushed Thunder out on Time Released Sound in 2011.

This fourth full-length feels immediately somehow ‘fuller’ than previous contemplations. Perhaps it is the sound of a complete orchestra that makes this neo-classical composition complete, with contributions from Christoph Berg, Stefano Guzzetti and James Banbury, being the most recognizable names among the many others. Mostly major in tonality and harmony, the album’s expansive palette glides across the summer landscape, like a soundtrack to a film shot on the pastures of the Italian countryside. Vocals tend to round off the appearing elegies, but still, somehow on a very positive, nearly celebratory note. Even the more somber pieces, such as the one titled “Towards Tragedy and Dissolution” carry the moments of faith, hope and optimism.

These 10 pieces have an emotional potency and compositional dexterity that surpasses the body of work that precedes them, drawing you into their evocative world and demanding engagement. Antonymes’ deft minimalism is at play, transcending a superficially melancholy aesthetic to create something truly life-affirming.

I wouldn’t be surprised to find Hazeldine’s compositions appearing in the credits of some upcoming televised series, as the restrain perceived through his minimalism can easily fit within the foreground (and the background) of a scene. The spotlighted piano tells a wistful tale, but without the darker shadows which often appear within the noir-fi style of the genre. Instead the music is pensive, elegant and grand, striking all the right chords this morning, as the clouds are slowly replaced by the sun. 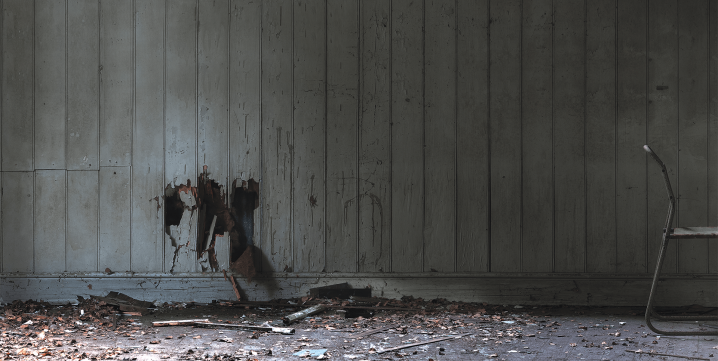