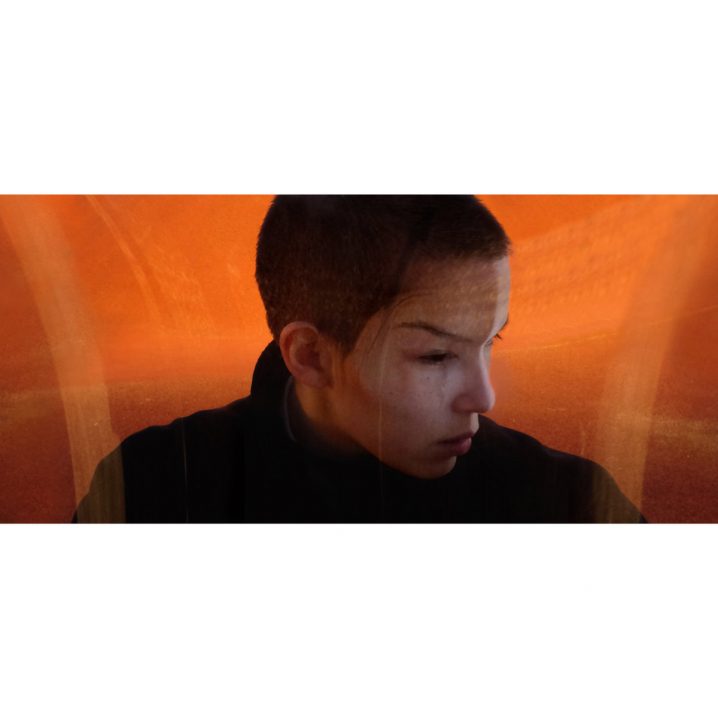 Joe Andrews and Tom Halstead introduced us to more than just their Raime project back in 2010 – it was also the same time we all learned all about the Blackest Ever Black aesthetic, which has been haunting us ever since. Now, nearly four years since their Quarter Turns Over A Living Line debut from 2012, the duo return with the second full-length release, titled Tooth. The release, at only 37 minutes in length, present 8 menacing pieces, just as malevolent, malignant and malicious as their mischievous live performances, which I had the pleasure to witness on more than one occasion. Fill up the room with smoke, turn down the lights, and put on your headphones – here comes the wickedness of Raime.

There are these very basic envious guitar-based melodies, sprinkled over sparse percussion and extremely deep bass (this is why you want your headphones), that paint the images of crawling through the shadowy terrain, creeping with venomous insects, ominous shadows, and slithering souls. The music is dark, but the atmosphere is more than just eerie – it’s tepid, thick and impenetrable with breath; it’s nearly suffocating with its nefarious soundtrack to something unexpected, spooky and drab. Any moment that creature will rear its ugly head and swallow us whole into the abyss of its existence.

No let-up, no hesitation. Needlepoint guitar, deftly junglist drum programming, brooding synths and lethal sub-bass drive the engine. The production is immaculate, high definition. No hiss, no obscuring drones or extraneous noise: the music of Tooth is wide-open and exposed. […] If Quarter Turns was an album that confronted total loss and self-destruction, even longed for it, then Tooth is the sound of resistance and counter-attack: cunning, quick, resolute; calling upon stealth as much as brute-force.

Tooth is a record that knows what it wants. The sonic concept is complete, confident and courageous. The flow between the pieces is precise, essentially fusing them all into one. The stripped down instrumentation leaves the palette clean, barren, gasping for air to fill in the void – and that is precisely where the listener comes in. Your personal sense, mood and emotion will wrestle with Tooth, first sparring, than tiptoeing, and finally surrendering to its powerful grip, its cold hands leaving an bruised imprint on your neck, something you will later surely miss, and return to begging for more. Don’t say I didn’t warn you!