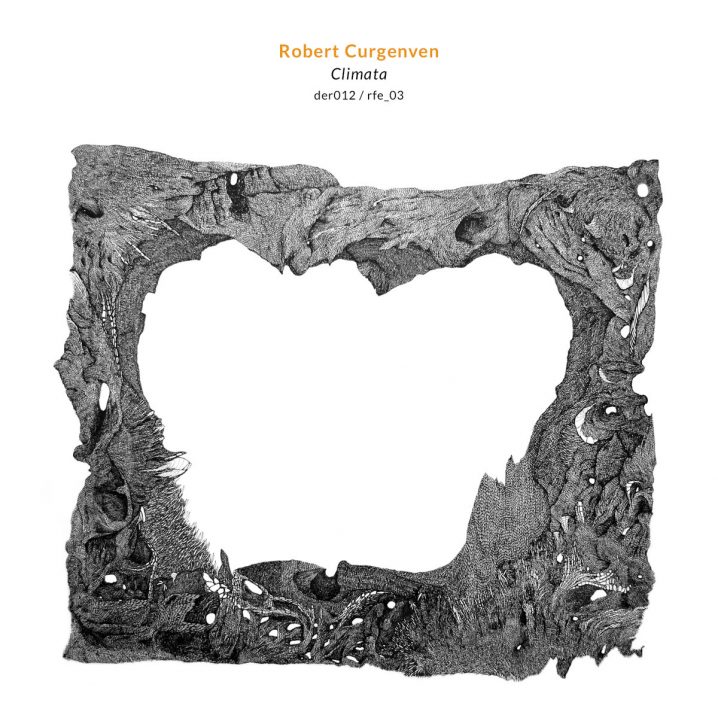 We don’t normally look at light, we look at something light reveals. For me it was important that people come to value light… It took a while for me to learn to work with light so you felt its physical presence and came to value it.

What then of sound?

Robert Curgenven’s repertoire as a sound artist is a rather impressive body of work, often combining field recordings, vinyl and playback manipulation, synthesis, and minimalism to create subtle but consuming atmospheres. His latest for Yann Novak’s Dragon’s Eye imprint pushes even further out from traditional musicality as a series of inspired documents of site-specific environmental installations by artist James Turrell. Turrell’s Skyspaces can be found all over the world, and each one is unique, but shares in common an aperture in the ceiling to the sky. Curgenven made over 200 individual recordings in 15 of Turrell’s 87 Skyspaces and composited them into these 6 long pieces.

In Climata’s various parts, Curgenven harnesses the impact of the environment on each space’s unique acoustics and augments it with his own custom-made oscillators, each tuned closely to the resonant frequencies of the space being recorded. The result is an amorphous, subtle series of atmospheres wherein the biggest player perhaps is the movement of the air itself, with Curgenven’s quiet drones adding subtle tension and serving as a unifying thread. He encourages listeners to play back both discs at the same time, in any combination of tracks, for a variety of potential permutations, but even on their own, each one feels quietly immersive and meditative.

The initial tones you will notice are a by-product of the recording process in the Skyspaces, a technique that brings the air inside the Skyspace into movement against the air outside – oscillating through the ceiling aperture, creating a soft phasing sound, like a whooshing or fluttering where the listener can hear the air move – this sound is about as loud as the sound outside the Skyspace.

The locales range from rural Sweden to the Swiss Alps snowline, and the breadth of Turrell’s various Skyspace shapes is covered, including circular, square, elliptical, and domed spaces. Each track here is a fairly arbitrary 19:20 in duration (thus totaling an hour per disc) and is a subtly layered and crafted field of drones, environmental sound, room ambience and nearly subliminal shifting of focus. It is right at home on Dragon’s Eye and is likely to appeal to fans of minimal sound design, in the same vein as Richard Chartier, Francisco Lopez, or even perhaps Alan Lamb (though the dynamics of his environmental recordings make them a different animal, I suppose). For those interested in the intersection of site-specific art and acoustic minimalism, Climata delivers on its premise in spades.