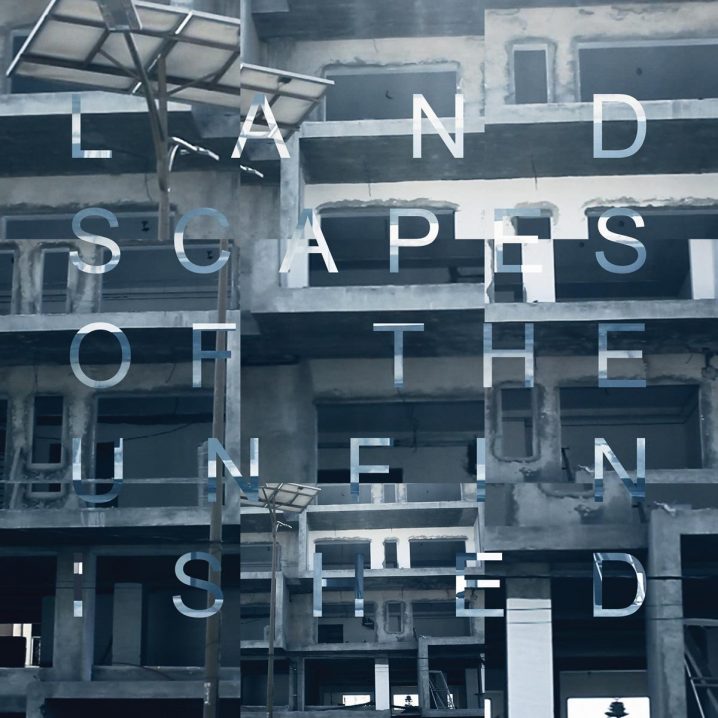 Tom Hodge and Franz Kirmann return to Denovali as Piano Interrupted with a vibrant new record entitled Landscapes of the Unfinished which sees the addition of some fresh ingredients to the already sophisticated mélange of modern classical, jazz, and electronica that made The Unified Field so enjoyable. For one, the latest release seeks to capture more of the essence of the band’s live performances, and, perhaps more significantly, it documents a recent trip to Dakar, Senegal where Kirmann was raised.

One of the live show elements not heard on a Piano Interrupted record before is Hodge’s clarinet, and what a welcome addition it is, as it soars brightly into the frame on the captivating “Abadou Kadre” and winds its way to the song’s furious staccato conclusion. In the meantime, his piano lines are as magnificent as ever, perfectly weighted and effortlessly shifting through a wide range of styles and motifs from the elegant beauty of “Vieux” and “Oumar Konte”to the diverse narrative of “Mamadou Fall” or the dazzling runs that introduce “Pape Malick Diome”.

But that is only part of the beguiling alchemy at work here. Kirmann’s electronic palette is equally dazzling and deftly woven as he adds texture, color, and movement to every piece, morphing and integrating urban and industrial sounds, and radio transmissions into a vivid sonic tapestry that makes for electrifying listening while preserving the essence of moments in time and a unique sense of place. And, not to be overlooked are the contributions of Tim Fairhall’s fine double-bass or the varied contributions of the Senegalese guest musicians (each track is named after one who took part in the project). Together they have created a memorable record that is both boldly experimental and eminently listenable. What a journey.

The sonorities and recordings the pair brought back from West Africa are deconstructed, mangled and texturised, turned into a pointillist landscape until only a faint and distant souvenir remains… The overall tone of the album reflects the duo’s desire to musically translate the experience of the Dakar trip… but also to break away from the first two albums’ intricate programming and editing and instead go towards a writing and recording experience directly inspired by their live experience.” – Denovali

Landscapes of the Unfinished is available from Denovali in two vinyl editions (clear and black) as well as CD and 320 kbps MP3, and features photography by filmmaker Cath Elliot which captures one of the numerous half-built structures surrounding the studio in the suburbs of Dakar. (Note: Elliot traveled with Hodge and Kirmann to document their process so we can be hopeful more footage of this exciting project will become available soon).