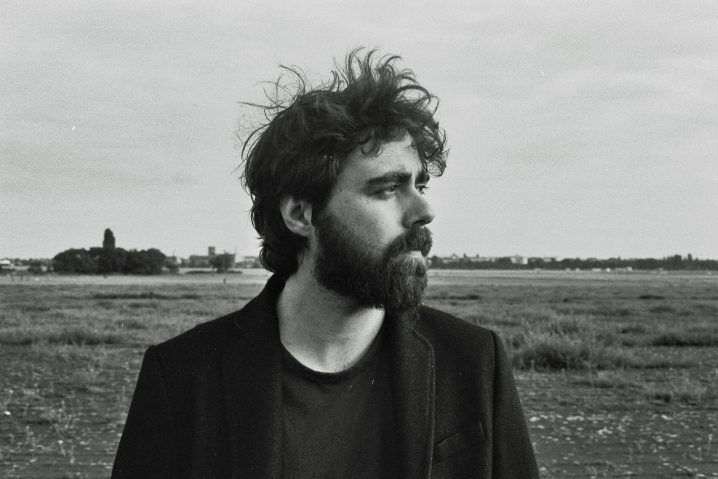 Lets start at the very beginning. Can you tell us how you got involved in composing, and what was your very first piece of gear?
I started writing music a long time ago, I think I was around 12-13 years old, I don’t remember precisely. I didn’t have any gear back then, just a bass guitar and a pc pentium 120. I remember that automatically installed in the pc there was a music composition software called, if I remember correctly, Acid Music. That was my first journey into multi-tracking and looping, sequencing and recording! I guess I loved it so much. My very first studio gear I think was a Roland 16/80 digital multitrack recorder. It was an ex-demo my bass teacher sold me for 800 mila lire (the equivalent of around 400 euros), loads of money back then… It was a sort of fully equipped portable digital studio, one of the first ones. I’ve learned pretty much all of the basics about the recording process thanks to that fella. I might still have it somewhere… will check.

How many different studio iterations have you gone through, and what does your final setup look like right now?
Not many really. I always had a quite simple set up, just the essentials I need to put my musical ideas into action. What I need is a good DAW, a good reel-to-reel tape recorder, some nice pre-amps, a few useful outboards, some good microphones, all the rest is pretty much extra. 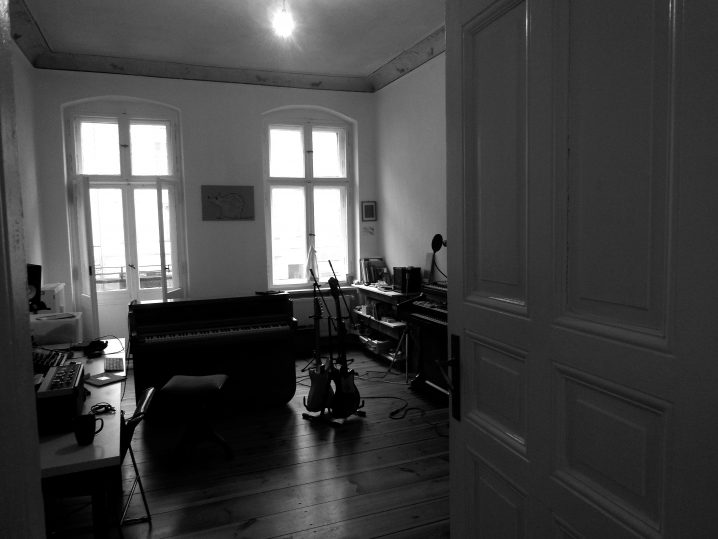 Tell us about your favorite piece of hardware.
At the moment my Revox B77. The must have in my current set up. It’s simply the most useful gear, it’s perfect for warming the sounds, re-amp, make mixdowns and even for recording directly.

And what about the software that you use for production?
I use Cubase as a Daw in my studio. I know is not the best one, but I just got used to it over the years. It’s simple, reliable, and does the job. I was thinking to change to a Pro Tools based system at some point but I gave up for now. It’s all cabled and ready to go so I can just sit and record right away.

Is there a particular piece of gear that you’re just dying to get your hands on and do you think one day you’ll have it?
Too much at the moment, I just moved so I’m building up my studio again with some improvements… there are 2 Neumann preamps I would like to put my hands on, another reel-to-reel, a Studer. Then for sure there are several mics I’d like to have, ribbon mics are my favs at the moment, they have incredible depth and sensibility. I’m also considering to build up something from scratch (not alone, with some help), I would need an echo/reverb that does a specific thing but sadly the market is not providing it… 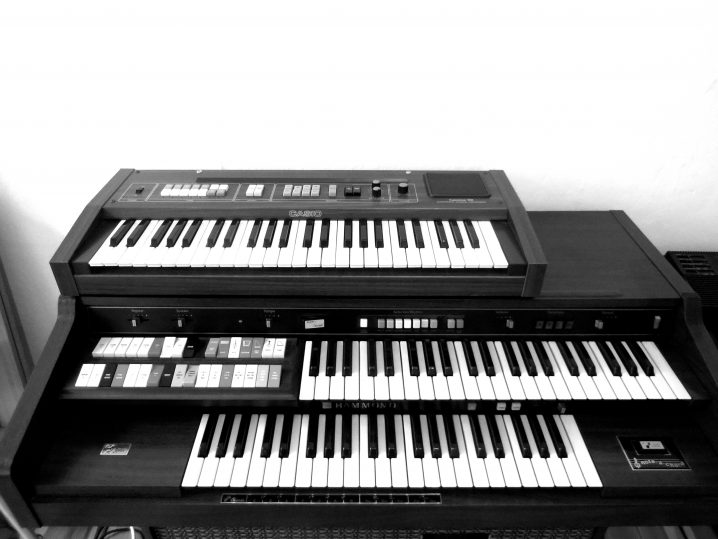 Can you please share some aspects of sound design in your work?
Well sound design is certainly a big part of the process. Very often it happens that I record a sound, could be a field recording, or a guitar or a simple piano note. Then the process starts, trying to create a certain unique sound. So I run it through pedals, tapes, effects, until I find the right formula. Sometimes it can take very long, other times I immediately get what I am looking for. It’s just a matter of patience and devotion I’d say, and experimenting is part of making music in the first place.

Any particular new techniques that you tried out for your new album?
I don’t think there is nothing particular new in my way of working. But for The Blue Hour I was looking for something that could reflect a certain mood of contrasts, ambivalence, hesitation… and I found the key creating layers with the piano, and using different ones too. For example there could a baby grand which is making a looped melody on the high range together with a small pianette playing chords on the bass range, and so on… Otherwise different layers with the same piano but with a different miking set up.

What does your live setup look like, and what do you bring with you when you travel for an extensive tour?
It’s just me and the piano basically. On the piano I put several things for the live electronics. I have 1 hypercondenser mic plugged inside the piano and a tube preamp for it, and all goes into a loop pedal and a delay pedal, then I have another small contact microphone in the piano that goes into an iPad, then 2 samplers, and a small mixer to make a mixdown myself. Is a very simple and effective set up, and is balanced in a way that I can focus more on performing rather than on turning knobs all the time. 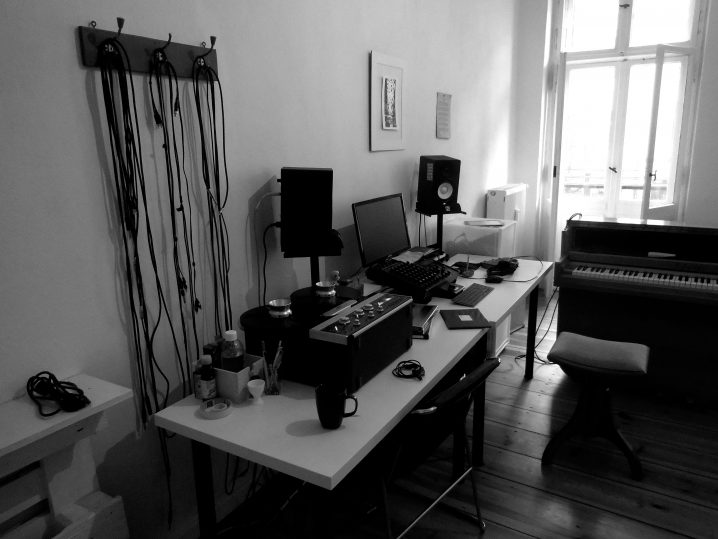 What is the most important environmental aspect of your current workspace and what would be a particular element that you would improve on?
I believe I developed, over the years, an idea of sound, and the studio now is reflecting that idea. Everything sounds quite exactly how I want. I gotta say that I never had much money to buy much expensive tools and gear, so I’m probably also stuck with what I have. But somehow, all these things became my sound and it’s difficult to change. And overall I think that, if you really want to, music and creativity always find their way, even if you don’t have much. And that probably, creates a certain uniqueness.

What can you tell us about your overall process of composition? How are the ideas born, where do they mature, and when do they finally see the light?
It can be anytime, around 7-8 pm drinking a good glass of wine while plonking away on the piano, or during a walk, or while asleep… Usually when I have an idea for a piece, I start playing it, all the time, for days, weeks… then naturally the moment comes when I record it and start going deep into it. Then I start to listen to it, a lot, and every time I could add something, take something out and so on… Usually, the awareness that the piece is complete comes really sudden. 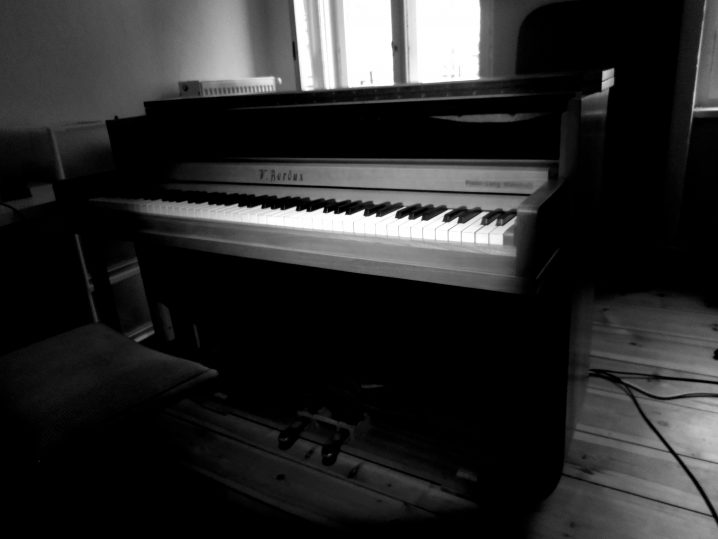 After the piece is complete, how do you audition the results? What are you reactions to hearing your music in a different context, setting, or a sound system?
Well, I have of course several different speakers which over the years have represented my reference such as the headphones and my car. As I toured a lot with that car I of course listen to a lot of music in there. It does not sounds good at all but I kind of know now how a record should sound in there. After I’m satisfied with all these references we can press. Later I quite hate to hear my record in other contexts, I prefer to avoid it if I can!

Do you ever procrastinate? If so, what do you usually find yourself doing during those times?
Yeah I do. Sometimes it happens that the music is not coming along quite all right… so, even if it’s difficult, it’s better to leave it for a while and think about something else, listen to other music, watch films, walk and so on… I find moments of creative crisis quite useful overall, I usually come back to it with more awareness. I also attempt not to be a workaholic and I try to take some good time off when I can.

What gets you inspired?
Everything really. There is nothing specific, it could be a film, a painting, a book… or the daily life, a dream, a simple idea, a walk, a trip… Sometimes there’s something that triggers my creativity, and my way to describe it is music. My new record. The Blue Hour, for instance, describes a moment of transition. I was emotionally feeling myself in a traditional state when I was writing it, and in the same time I was totally impressed by painting of Magritte, The Empire of Light, that gave the key to describe that transition, and I was reading Goethe, Celine, and I was also remembering certain moments of my past. It all ended up in there. 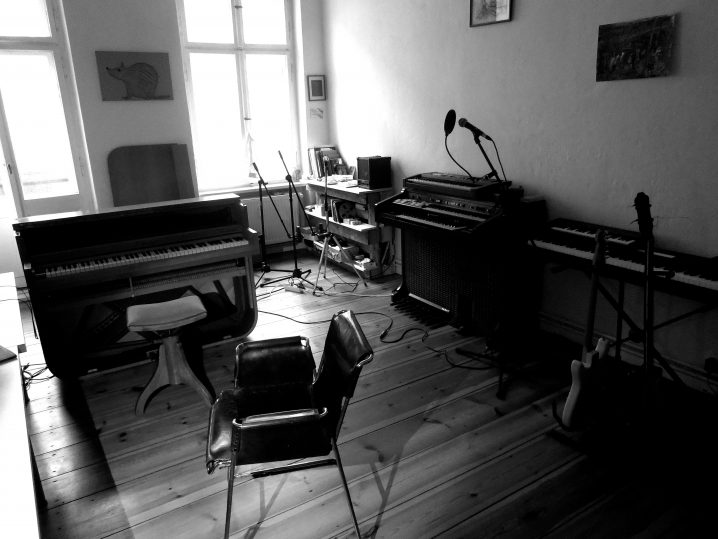 And finally, what are your thoughts on the state of “electronic music” today?
I think is quite amazing nowadays. You know, before there was sort of only one way to make electronic music. Now it looks like all is combinable, techno with ambient, classical, EDM, drone and so on… There’s a lot of incredibly interesting stuff going on out there. The only real issue, I think, is the fact that people give less importance to a project then before. Everything is so fast and there could be the new hype thing lasting for a few months and then the next one comes.