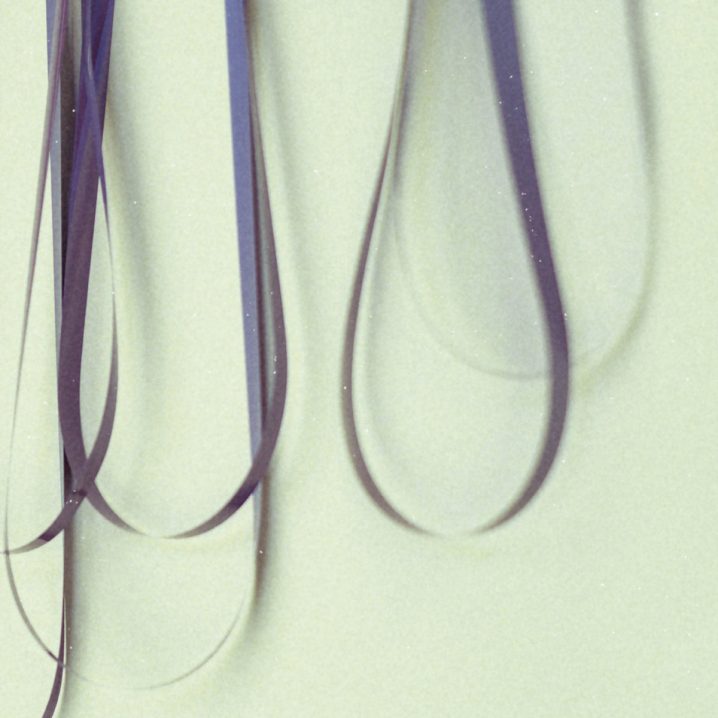 It’s a beautiful Sunday morning. Nearly December, but the city refuses to fall into its winter grays, boasting thermometer readings at 50ºF. The sun warms my quiet dwelling, and even the piano keys beg to bask in its light. I make myself some tea, open this blank page, and turn to an album I’ve listened to for a few months now. Routinely consumed on the go, the latest collaboration by Taylor Deupree & Marcus Fischer feels more appropriate in this serene setting. It’s something I’ve already come to love from these composers individually, as well as their solo works, so a collaboration is always an attractive marriage of two beautiful minds.

This is Fischer and Deupree’s second album together, the first released back in 2011 (also on Deupree’s 12k label), titled In A Place Of Such Graceful Shapes, after Marcus visited Taylor in a snow-covered New York. This time, it was Taylor’s turn to stopover Fischer’s studio on the west coast, where, “after a long day in the studio creating, searching and ready to retire for the night,” [I wonder what else they’ve been creating that we have yet to glimpse], “the two sat in tired silence contemplating the next day’s approach. Playing quietly in the background was a humble, mono tape loop Fischer had made earlier, filling the sonic cracks in the dark room. After fifteen or twenty minutes went by, with the sound of this loop having transfixed them, the two looked at the each other and said ‘This is it.’”

The album is at once a meditation on sound, repetition and time. The pieces alone can go on playing forever (and in so many ways I wish they could). And in the midst of these elementary lo-fi loops, one finds the space to contemplate and soften. Sparse sprinkles of electric piano, bells and stringed instruments, sparkle among the recorded acoustics of the space, the mechanics of a reel-to-reel, and the intoxicating disintegration and hiss of the tape. The limited organic manipulation of the recordings, and the nearly accidental physical sounds, evoke something very sentimental, heavy, analogue and dusty, like a box of photos left in the attic for one special day. She saved that box for many years, but now that she is gone the pictures opt to crumble…

The title Twine comes from the idea of the two tape loops as knots, as physical media, combining to form a single, more complex, piece […] Creating one loop each of different lengths and recording the outputs of the reel-to-reel machines’ built-in speakers with microphones in the room, Deupree and Fischer started to craft their most restrained work yet, focusing on the raw beauty of such a limited system of creation.

Twine is perhaps one of the most delicate recordings you’ll own, not only through its ambiance and minimalism, but via something very intimate which is allowed to seep into your place, ears and mind. It’s no wonder I choose to share my Sunday mornings in the company of Fischer and Deupree – I wouldn’t invite just anyone into such rare moments. The CD edition is limited to 1000 copies and you can also pick up a digital version directly from 12k. Hey, while you’re there, be sure to grab Perpetual, a recorded performance by Ryuichi Sakamoto, Taylor Deupree, and the duo of Corey Fuller and Tomoyoshi Date (as Illuha). Highly recommended for fans of William Basinski (you know I had to mention him), Celer, Pillow Diver, Philip Jeck, and Simon Scott.