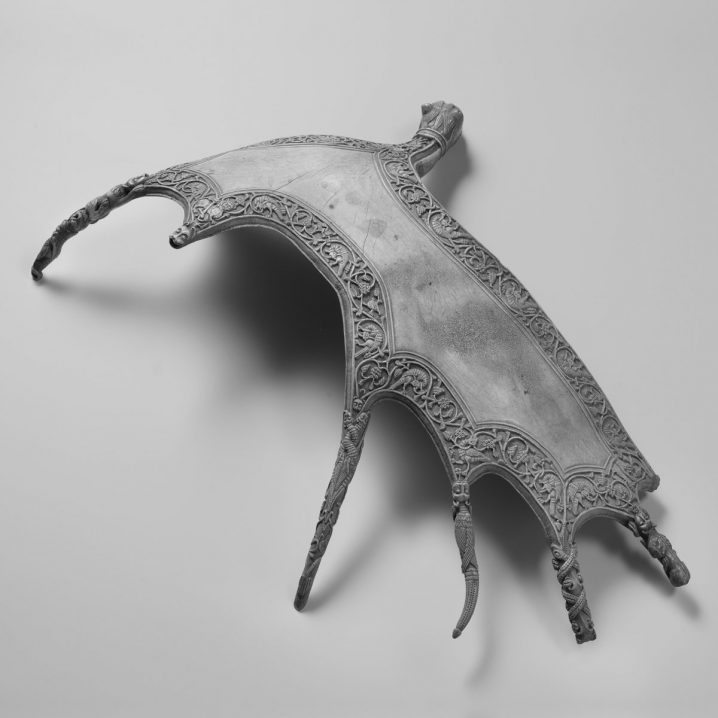 Minutes before the Nostromo crew awakes from hypersleep, each member has a dream.

The sound design for Ridley Scott’s sci-fi horror classic Alien (1979) has been an inspiration to many musicians, most notably Sleep Research Facility’s Nostromo (2001) which was based on the sound of the Nostromo engines humming in the first minutes of the movie. On Before Nostromo, Stephan Mathieu focuses on the crew, not on the spaceship. Using piano, gongs, shortwave receiver, tape loops and ‘entropic processes’, he re-creates the (soundtrack of the) dreams of the crew members just before they awake from hibernation.

The dreams one remembers most vividly are the dreams in the very few seconds before ‘awakening’. In retrospect, actual sounds are often included in the dream but placed in a totally different context. Is this also true when you are re-awakened from deep hibernation sleep? What did the Nostromo crew dream, before they came back to life? Each crew member has a different soundtrack for his last moments of stasis (‘a state or condition in which things do not change, move, or progress’; ‘slowing of the current of circulating blood’): Dallas, Parker, Lambert, Brett, Ripley, Kane – even Ash the Android and Jonesy the Ship’s cat. Their dreams are all different, but all share fragments of their environment – if you listen closely you can hear the sound of the Nostromo engines humming, somewhere deep within the soundfield.

Like all of Mathieu’s recent releases, Before Nostromo is available as a high-resolution download (24/48 wav), as well as in all other digital formats. There is no physical counterpart, since Mathieu is a tireless advocate of ‘properly done’ high-res digital formats:

I think it’s about time to look at digital albums as a serious format. There is no excuse left for heavily shrunken audio files unless you want to carry a whole archive worth of albums on your cellphone while you’re out for a long, long run. When done properly, digital files offer just as much fidelity and joy as an analog medium. As a long-time collector of records, I actually have to admit now that the fidelity of full-resolution files will often surpass my favorite medium.

Before Nostromo is a slightly dark and droning affair, at times full of unease, at times very exalting – like the concept of waking up all in itself. Mathieu is a master of textures here, weaving a dramatic space-time continuum on a sonic plane, one little thread at a time. The attention to detail is audible in every single fade in and fade out, and it’s a pleasure to experience and share in until its very last dynamic breath.

This album is a ‘dedicated at-home stereo mix’ from the original work that was commissioned by ZKM | Institute for Music and Acoustics in Karlsruhe, where it was presented on their 46.12 channel (!!!) sound pavilion [premiered November 28]. What an immersive experience that must have been! The closing track, “Anamorphosis” (which can loosely be translated as ‘return to form’), is an ‘additional coda for ebowed virginals and zither’.