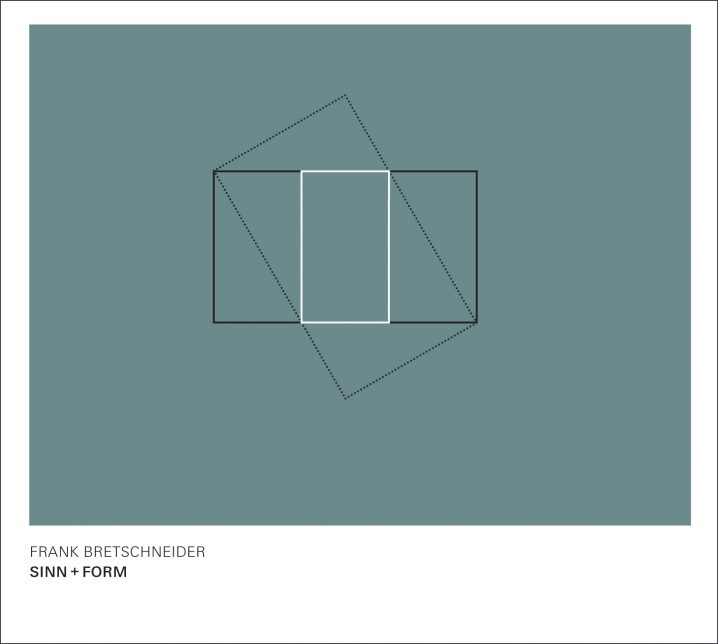 Frank Bretschneider flexes his modular synthesis muscle with this special collection of eight tracks recorded on location at EMS in Stockholm using their Buchla and Serge analog synthesizer systems. Whereas Bretschneider has been known to throw down some serious grooves in the past, here he’s oscillated back toward his most experimental tendencies, focusing on the sculpting of his synthesized sounds and only that.

The music within, mirrors Bretschneider’s chaos theory, while my ears often try to find patterns that aren’t there. Ironically named, opener “Pattern Recognition” is a dry sprawl of stereo synthesis, occasionally wetting its feet with delay but otherwise a roller coaster of bending and squiggling sound, while “Free Market” points a finger at capitalism with an initial scathing scrawl of synthesis that eventually squirms and sputters wildly.

SINN + FORM (MEANING AND FORM) is based on the idea of a fundamentally chaotic world as we know it from mathematical or physical theories and models (dynamical systems, probability theory, stochastic systems), and the constant attempt of man to recognize and to describe, predict, control and change this world.

It’s truly fascinating sound design on vintage gear, echoing the seminal efforts of mid 20th century composers like David Tudor and Karlheinz Stockhausen much like the unpredictable shape making of his contemporary, Florian Hecker. However, this is a labor of love, not music aimed at even the slightest of casual listeners. Bretschneider’s excitement over his toolkit comes through in the vibrant editing and sequencing of sounds within Sinn+Form, but for me this is a definite case of meaning over form, resulting in a rather obtuse forty minutes of unpredictable and discordant sounds that are likely to make even the most seasoned listener squirm in his/her seat after a while.

It’s simultaneously impressive and alien, like a transmission from some unknown destination communicated in wildly complex code. Those who delight in unpredictable and unusual sounds (Rashad Becker, Florian Hecker, Mark Fell) will likely be moved — whether emotionally or at least physically — by Bretschneider’s synthesis sculpting.