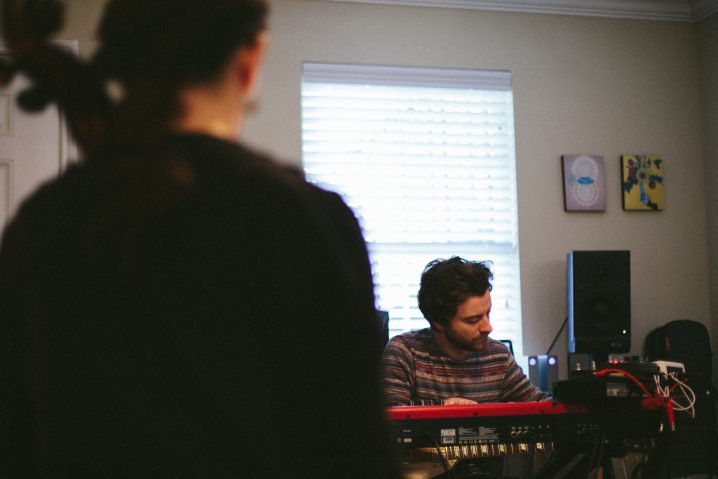 Lets start at the very beginning. Can you tell us how you got involved in composing, and what was your very first piece of gear?
I first “composed” some music for a girlfriend around 2000. I was enamored by the use of computer software to layer guitar parts. I was emulating the things that inspired me… which at the time was a lot of Metallica, to be honest. However, I ended up bending toward a much less aggressive sound naturally. I got a ZOOM 505 guitar pedal and did a lot of triply phaser type stuff that just droned on and on. I even messed around with this “Delta Noise” generator and made a sleep track. None of this was even close to anything pro level and, it actually sounded like shit, but it was the start of my love for recording. Beyond that… I went many years NOT doing any recording at all because I had to focus on some other things. Eventually I started gigging / playing guitar for people which inevitably brought me to working in the studio and creating my own music.

How many different studio iterations have you gone through, and what does your final setup look like right now?
I typically work on Slow Meadow at my apartment. It’s pretty much all digital music and made “inside the box” except the strings, brass and occasional ambient room type sounds. Usually I track guitars through amps because I’ve always preferred that but for the SM record I even tracked them in the box (as did Marc and Andrew). No amps. I’ve gone through a just few very simple setups. Right now I’m literally just setting up in a corner in my apt. I have a few preamps, a couple of mics, some decent speakers and a lot of software. 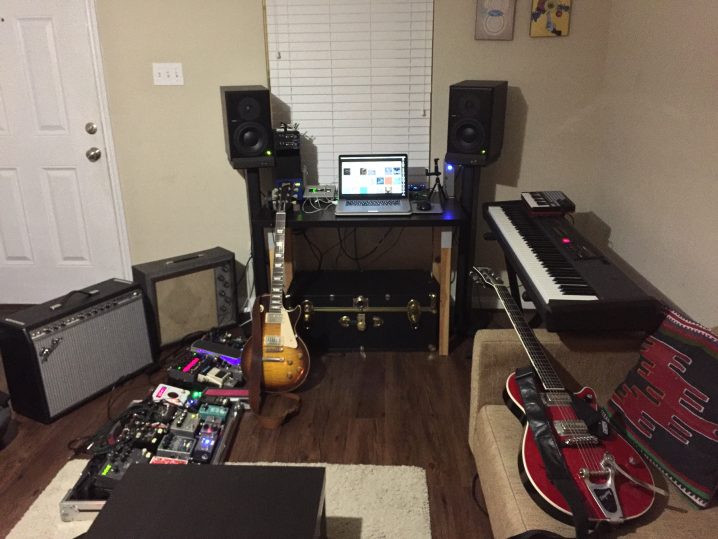 Tell us about that software.
Mostly ProTools. I’ve used Logic in the past and plan to use it more in the future. Tons of plugins and samples. I’ve been collecting samples of that my friends have made of their actual synths. It’s always more satisfying to be given or make something unique rather than buying a well packaged product… Although I find those just as useful at times.

And what about your favorite piece of hardware.
I’ve had the opportunity to use some pretty cool gear in the past while working at other studios. An old Neumann U47. A Trident 80B Desk. One of my favorite mics is the Coles 4038 (Duh). I don’t own one currently but it’s in the queue. I’d also like to own a pair of the older KM84s.

Besides the mics, is there a particular piece of gear that you’re just dying to get your hands on and do you think one day you’ll have it?
I can’t think of one single piece. If I’m “Dying” for anything that I don’t have it’s an isolated space where I can make a mess and blast loud noises all night.

Can you please share some aspects of sound design in your work?
I’ve taken old dialogue, iPhone recordings, even songs from old projects and messed around with them to fit them into a new piece. It’s sometimes a cool way to start writing. Reverse and/or stretch something enough and it starts to infer all these chord changes that aren’t REALLY there but your mind’s ear hears. I will just fill in those swirling, nebulous gaps with something very normal like piano chords. I may even end up ditching the manipulated audio and just keep the new elements. 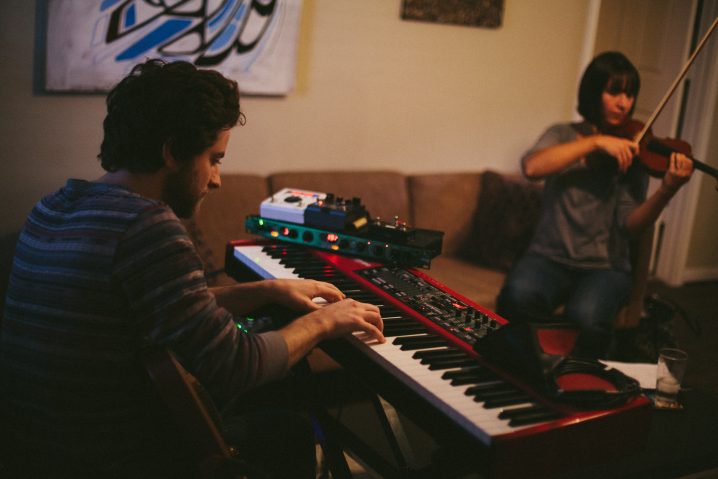 Any particular new techniques that you tried out for your album?
I’m always expanding my playing and recording knowledge. There were several things I tried. I got into arranging strings a little. I messed around with more synthesizers. I used the guitar in a much more abstract way.

What does your live setup look like, and what do you bring with you when you travel for an extensive tour?
I’m still figuring this out. For shows I plan on using Ableton and a few midi controllers. I haven’t decided if I’ll use an actual guitar amp and pedals or go all in the box just yet.

What is the most important environmental aspect of your current workspace and what would be a particular element that you would improve on?
Isolation and treatment.

What can you tell us about your overall process of composition? How are the ideas born, where do they mature, and when do they finally see the light?
These days it’s me sitting at a midi controller and play piano chords with some sort of texture underneath. I sort of hum a simple melody and see where that takes me. I’ll also take a film I like, mute the audio and pretend to score it. Sometimes ideas are born because I want a certain “mood” and that’s the only idea I pursue. Other times a melody dawns on me. They mature only when I’ve decided to organize them into a cohesive body of work. An album… a film score… etc… They see the light when both Hammock and I feel it’s right to share them.

After the piece is complete, how do you audition the results? What are you reactions to hearing your music in a different context, setting, or a sound system?
I listen on whatever medium I’ve been working through. Sometimes it’s just my in ears because I’m traveling. While I’m at home it’ll be several places. I have some Dyna Audio BM6as that I use to mix at my desk. I have a few sets of in-ears. I listen in my car. I’ll also bounce various incarnations of songs off of a few folks, including Hammock.

Do you ever procrastinate? If so, what do you usually find yourself doing during those times?
Yes… Mostly watch Sam Harris video these days. Eat food. Take a walk in my neighborhood if I’m at home.

What gets you inspired?
Feeling like I’m part of something outside of my small world. Feeling like I’m taking part in a community of art and artists and giving back to it. Listening to music on vinyl with friends and trying impart the experiences I’ve had with songs to them.

And finally, what are your thoughts on the state of “electronic music” today?
I think there are things that annoy me about it but I don’t think I’d mention them because I don’t trust that they’d be totally fair. I think there is just so much music out there that I can’t really keep up. I think the fact that it is so easy to create and share new music is great and it’s exhausting. Overall I’m optimistic about it. Technology can be seen as this amazing tool or this thing that is taking over our lives. I think tech only has the power we give it. I’m glad I can listen to music on Spotify anywhere I want but I think it’s very important to turn that shit off, sit and just listen with other people. 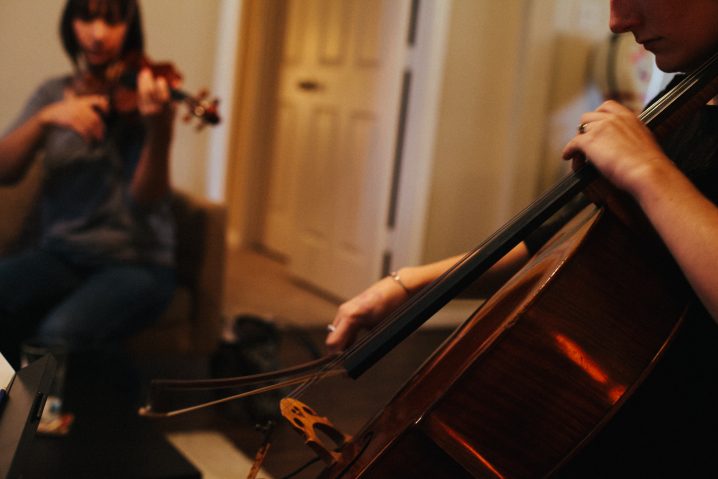