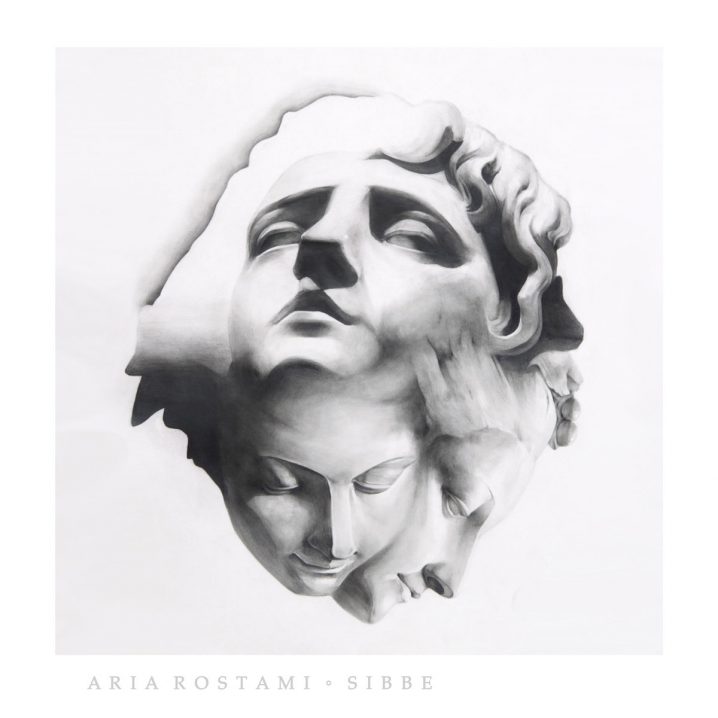 Aria Rostami has always been on my list of favorite artists. That is precisely why, back in December of 2012, I have asked him to contributed towards Headphone Commute’s benefit compilation for the victims of Hurricane Sandy, titled, … and darkness came. It’s only fitting that Rostami’s latest full length release on Audiobulb Records opens up with the same piece, “Delta” – it sets that tone of grayscale nostalgia, for things neither forgotten nor ever known. It’s in that state of euphoric amnesia and slow drifting noir-fi that we become familiar with Sibbe, as it begins to open up throughout its first part, second and third.

On the surface, the album is slightly ominous, strangely haunting and prophetic. Incongruent with the depiction of marble statues on its cover, the story in music is thermal, sincere and organic. It is a breathing document of lands far away, reached with our ears by means of obscurity, distorted perception and at times covert eavesdrop. Incorporating field recordings captured and transferred in secret from Iran, Rostami reflects on the land of his parents, and the invisible separation between two worlds (his birthplace being San Francisco), often cultural, mostly geographical, but always misunderstood.

On the other side of the globe, Iran is a country that imprisons artists and a culture that, due to strict control of personal freedoms, is uncomfortable being recorded. Although there are many artists making modern art in Iran, distribution and performance within the country is very difficult and/or in many cases illegal. But, through modern technology, instances of events happening across the world can be digitized and transferred. […] Sibbe is dedicated to all those who have been killed or imprisoned for making art and to those forbidden to document the cultures they live in.

Beyond the conceptual representation of an idea behind Sibbe, Rostami explores textural soundscapes with recordings of world instruments, including turkish tar, melodica, and glockenspiel, intermixed with post-processed piano, violin, and vocals. The synths, although present, recede in the background, allowing for the abstruse scene to unfold on its own. “Vietnamoses” is particularly interesting, as the murky piece (ala Miasmah) suddenly drops on us the beat at three minutes in [you know, like that weird feeling when you’re listening to an ambient track while browsing the net, and then open a page with a rhythmic track being streamed on auto-play].

I want to take a quick moment to mention David Newman’s Audiobulb Records, a label I don’t often cover, but generally follow with every release. In particular, a few of the imprint’s 2015 albums are definitely worth your attention, among them Newman’s own release as Autistici titled Live At Electric Spring, Tatsuro Kojima‘s Refraction And Reflection, and How To Cure Our Soul‘s Saigon. And by all means, if you’re not familiar with this Sheffield based label, see if you can at least pick up the Audiobulb Sampler (50-59) available as a “name your price” download via Bandcamp.