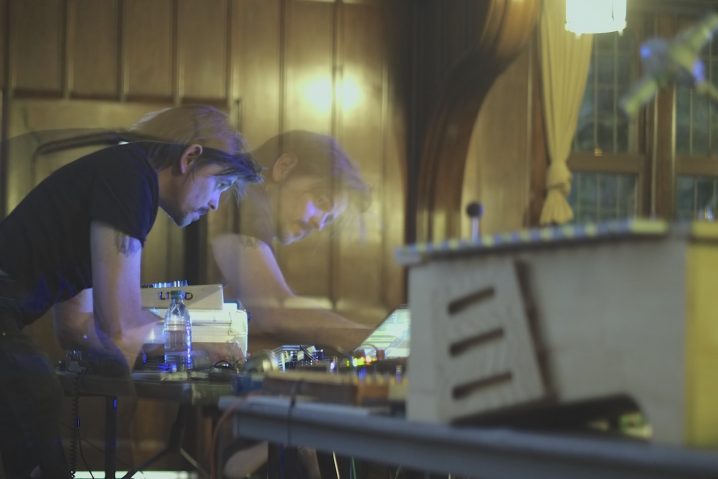 Lets start at the very beginning. Can you tell us how you got involved in composing, and what was your very first piece of gear?
Initially I started recording sounds on an old tape recorder I think my older brother owned when I was about eight years old and I remember sitting under the kitchen table recording family parties for some reason. I then began to explore the soundscape outside, bees and wildlife, and I guess my fascinations began then. I took guitar lessons at about twelve years old and I wrote a song when I was fifteen that I sent to an independent label called Sarah records. They offered to put it out as a 7″ but I’d just started drumming with my band The Charlottes so I didn’t take them up on the offer. It was written on an old cheap Woolworths electric guitar I’d bought from working on Saturdays in a burger bar. In terms of relevant gear I’ve made solo records on I started with a Compact desktop PC and Sony Acid music software as I wanted to learn how to make music on a computer. I began sequencing, recording via a Yamaha interface and investigating various audio plug-ins from Native. I then upgraded to a MacBook, bought an M-Audio interface and began using GRM tools. The real breakthrough came when I bought an Apogee Duet, with its great analogue to digital converters, to record into Logic and decided to build myself a huge looper pedal in MaxMSP. I suddenly found myself able to realise all the ideas I’d had since I started composing on a computer. 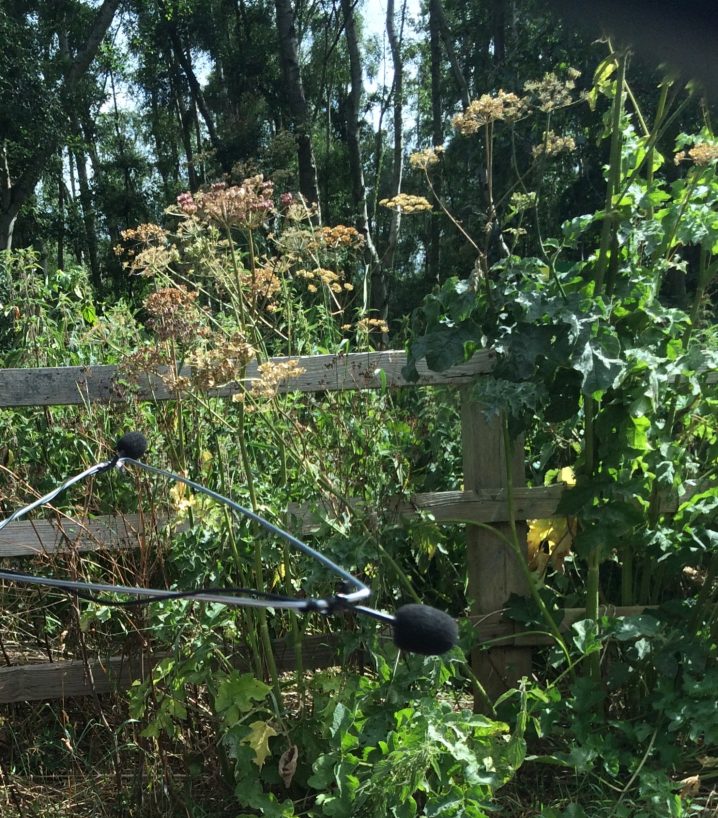 What software have you used for your production?
I’ve used ProTools for a few tracks several years ago but I find Logic Pro so much more intuitive and spontaneous to write and experiment on. Some of the audio plug-ins are nice and I find it stable for using on the move when I’m touring. In MaxMSP I often improvise with the software and have audio buffers (buffer~) where I go deep into micro sounds, loop sections and record them and then drop them into my buffers and continue this process of slowly building up a track. I also use banks of distortion, delay and reverb but I find the patch I’ve created can also be used to create a controllable sampling software environment for improvising with because it takes segments of incoming sound (field recordings, percussion or guitar) and using the matrix object I can steer these sounds around the stereo field to compose and perform with. I’m no expert MaxMSP programmer so I guess I would say I’d love to get more time to delve deeper into my patch. It’s nice and simple but I could always use new objects to work with. I’m also wary of having a balance of analogue and digital so I’d be happy to start using a new guitar if I found one that felt right for me. 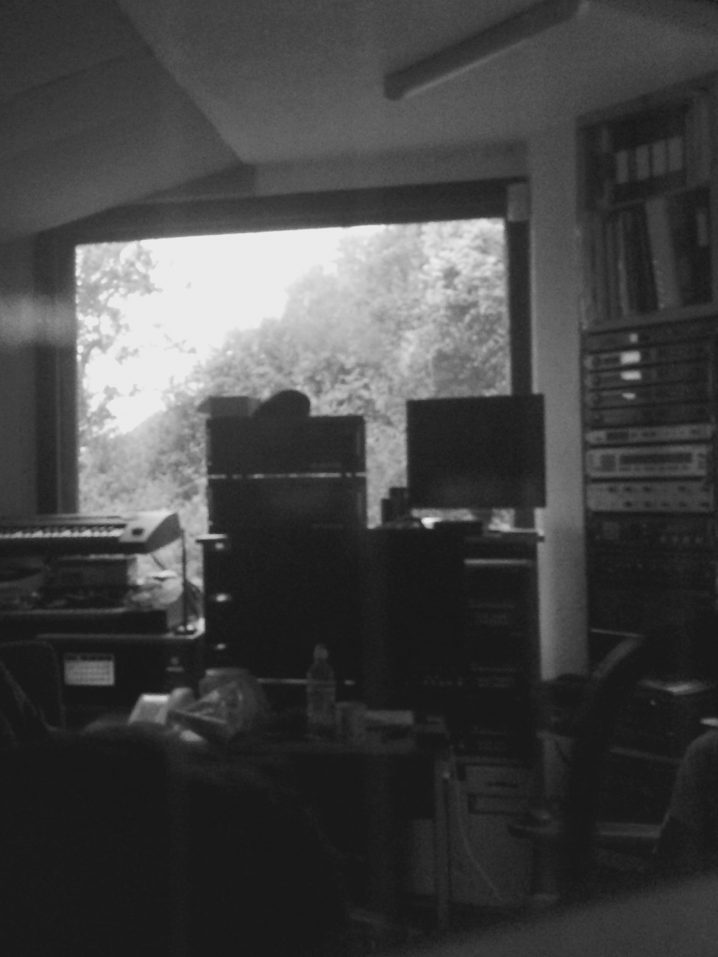 Is there a particular piece of gear that you’re just dying to get your hands on and do you think one day you’ll have it?
I like the Lexicon PCM series. They have a very nice analogue sound, great effects and I’m super choosy when using reverbs and I am on the hunt for a PCM 70. I also really like Sennheiser MKH microphones (a 30 and 40 together for my acoustic) but I don’t own them (or the 60) yet. I use a beautiful mahogany guitar that is a Westerly Guild acoustic, back from the early eighties when they were based on Rhode Island, and consider it an important piece of gear.

Can you please share some aspects of sound design in your work?
I always begin by using a field recordings to compose and create. Since 2010 it’s been consistently The Fens in Cambridgeshire where I’m surrounded by a subterranean landscape that fascinates me, and I generally work with these audio segments in MaxMSP. It’s endless in terms of compositional possibility so I’ve stuck to The Fens as a sound source and I actually don’t want too many options so I haven’t started using some of my field recordings from further afield yet. Right now I like the framework I’ve built for myself in Max and the limitations of just using environmental recordings from my small corner of the world, but I sometimes do need to simply just compose if I am working on a score or other project that isn’t a solo record. 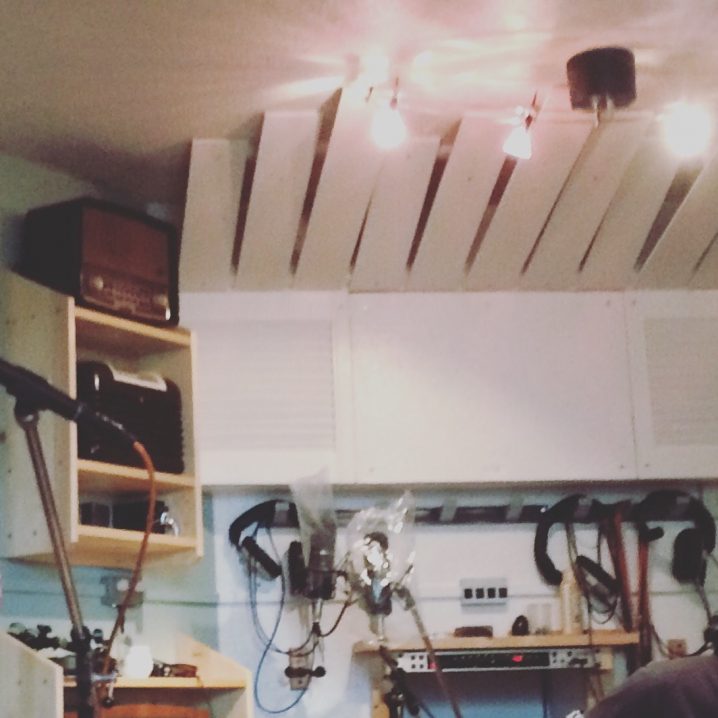 Any particular new techniques that you tried out for your new album?
I was experimenting with compression on ‘insomni’. Focusrite, Joe Meek and Kush are a few of the audio companies I investigated to push the sonic possibilities. I also wanted raw acoustic guitar and minimally edited field recordings, to contrast with the more processed digital tracks on the album, so I had to learn to play some guitar techniques, such as finger picking, for this record. Simple equalisation was also important so I tended to record sound sources with more intent than previously.

What does your live setup look like, and what do you bring with you when you travel for an extensive tour?
Sometimes I’ll use acoustic guitars, fx pedals, a Teenage Engineering 0P-1, tuning forks, Sony Walkman and MaxMSP. Other times, such as at my recent US shows with the Touch label, I’ll just use field recordings in Max and the venue acoustics will determine the set and what processing to apply. I do use a laptop, as I can’t afford to bring extra musicians along but never for a whole live set and I try not to rely on it too much. It’s tough carrying loads of pedals around too so the laptop helps enormously when touring. I improvise a lot so I usually have my Electro Harmonix 2880 with me to create a bank of loops out from Max or in from a direct signal. 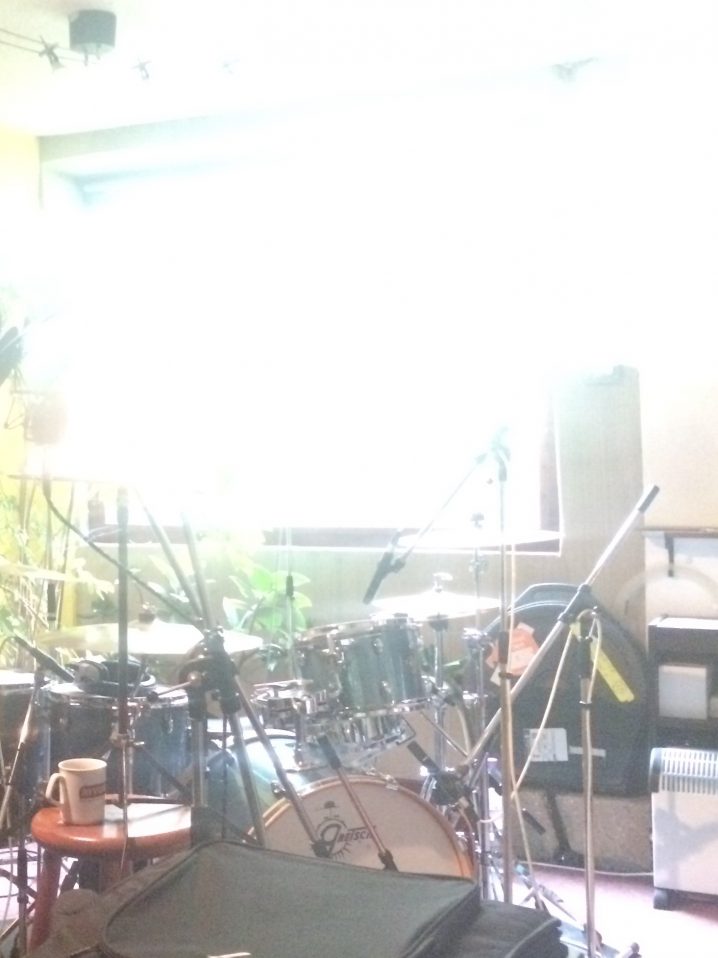 What is the most important environmental aspect of your current workspace and what would be a particular element that you would improve on?
I live out in the sticks so I am lucky to have a great studio view, lots of inspiration outside and plenty of space to really immerse myself in my work. I’d like to be able to afford a good acoustic architect to help improve the space but I am happy in here and use various systems and locations to mix and check mastering etc.

After the piece is complete, how do you audition the results? What are you reactions to hearing your music in a different context, setting, or a sound system?
I use portable speaker to mix outside so at that point, when I think a track is almost complete, I go out into my sweet sounding location in The Fens and set up microphones to capture a mix being played out into that environment. It works for my music and I love the collaborative results from doing this. So much sonic information is chance and I have had so many lucky moments when various ontological occurrences transform a piece and finish it. ‘Holme Fen’ was created in this way and you can hear the wildlife and the track dancing around each other. Hearing a finished track in an alien environment is really profound for me. I encourage the album is on to be played in locations that add a new characteristic to it, such as in a noisy city or within a car on a country road, and listeners almost always never sit in studios with top quality speakers to hear their music collection. Of course it would be marvelous if everyone owned high end Genelec speakers but people can’t afford those. To answer your question directly, if the emotional tone and narrative of the track is diluted by a final mix I’ll start it again. It’s key to my work and if I am not feeling the music I’ve created I won’t release it. 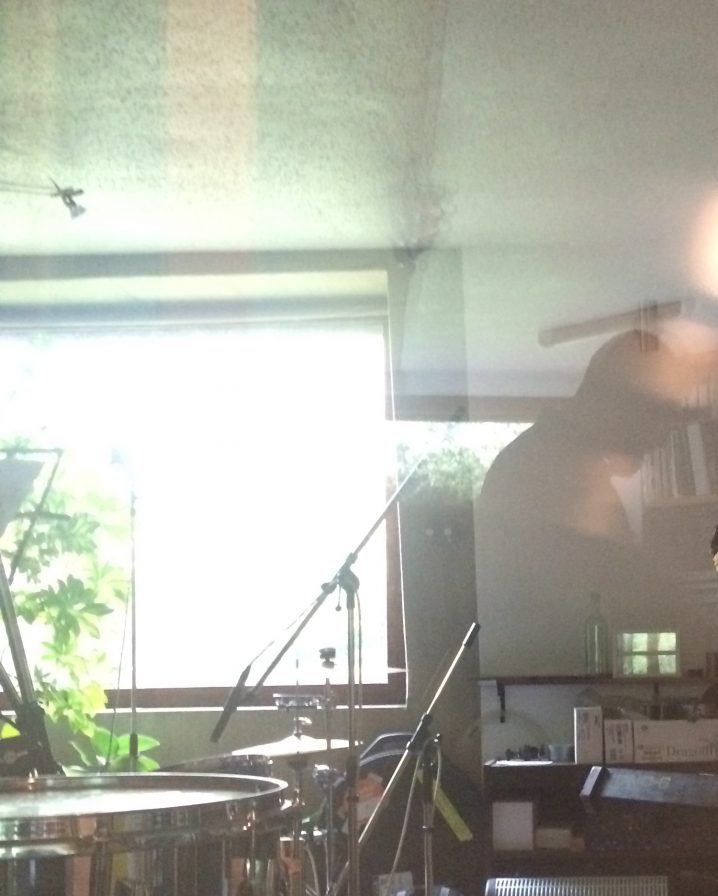 Do you ever procrastinate? If so, what do you usually find yourself doing during those times?
No I think there aren’t enough hours in the day! I try to keep several projects up in the air to work on continuously as I think solely focussing on one thing can suck you too deep into the process and it can lead to lack of creative focus. If I need a day off I usually sketch or cook.

What gets you inspired?
My local landscape and the endless creative possibilities of field recording are deeply inspiring to me. I was born here and my children are now here and view the seasons changing. Also travelling and experiencing new cultures and meeting new people too. I read, enjoy photography, visual art, cinema, other people’s music….so many things! I am inspired by technology too but I am adamant that it won’t dictate to me how my music will be created. I created a great Max patch that I can get inside of and control and it always inspires new ideas. I need to feel the emotional narrative of a piece of music I’m creating so I blend analogue sounds with processed digital sounds and this balance creates results that inspire me to keep on developing my music.