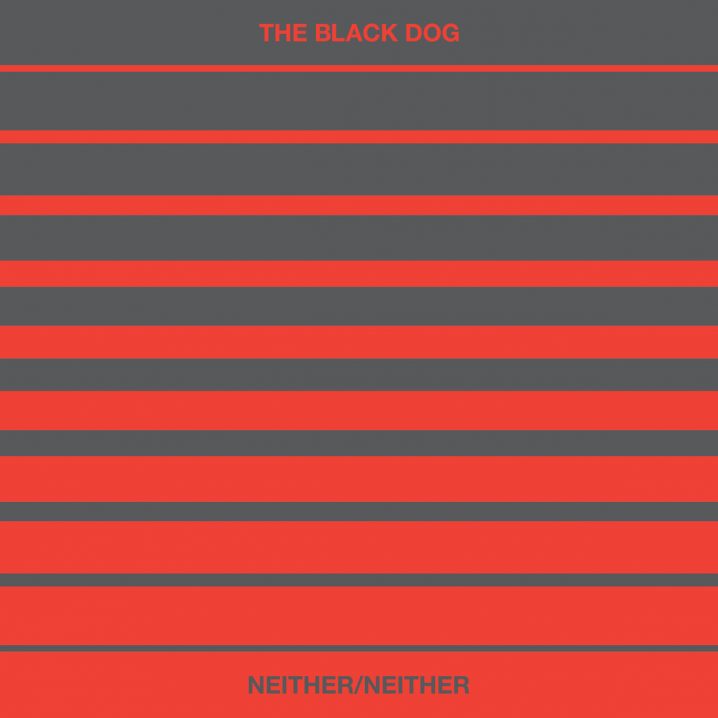 Ken Downie and the Dust Brothers return as the leaner, meaner incarnation of The Black Dog. The project has really flourished in its renaissance, considering the entire Liber Dogma album and accompanying EPs, and their 2013 follow-up Tranklements as well. After a two-year hiatus, they’ve returned with Neither/Neither, a conceptually dour release loaded with pessimism about the state of the world: “We live in dangerous times. We are blinded by control vectors that separate us from reality.”

We are neither one thing nor another, endlessly on the fence in the face of an onslaught of disinformation. Non-linear hypermedia systems are openly used to control us, their operation being totally exposed, mocking our impotence, yet complete in their power. We are all proles now; all are expected to maintain a mental state of Neither/Neither, of uncertainty and inaction. Even in a world where anyone can be an instant expert on any subject in a single click, we find that all our knowledge is a mere replay of someone else’s script.

So what then of the music itself? Does it hold up on its own merits? In the end, after all, this is electronic listening (and sometimes dance) music that many will listen to without the aforementioned diatribe influencing impressions. The good news is that while the concept enhances the tone of the album, it’s quite good without the context. The main distinction from the last couple of albums is that Neither/Neither breaks up its playback with a series of beatless and ambient vignettes.

On the one hand, this makes for a much more stop and go listening experience than the wall to wall tightness of Liber Dogma, for example, but it also serves the more gloomy premise with some lingering reflection on media and surface; interestingly these little interstitials seem inert, flaunting a desensitized side of ambient noise that feels almost like a commercial break — consider how much underground trends find their way into “edgy” fashion ads or campaigns. However, this is not a criticism and instead seems to support their concept; I very much like the flow of Neither/Neither, and fans of their more purely techno creations will find more of those here alongside several slower and more IDM-oriented listening cuts.

We are surrounded and occupied by systems of platitude generation that are empty and self-referential. All is surface and all is hollow. From the Tories’ election propaganda to David Icke, they’re all the same, all meaning filtered to nothing by a lack of substance, science and humanity. Falsehood becomes reason, no matter how ridiculous the proposition. They stand for nothing so they can have no questions to answer.

The title track in particular has a patient lurch about it, some added gravity, a handsome taste of what the front half of the album is all about. It’s not until ten cuts in on “Self Organising Sealed Systems” that the trio throws down an uptempo bass kick and revives the techno that has informed so much of their recent output. And it’s none too soon, a welcome shift in tempo and sound after nearly a half hour of more introspective and downtrodden pieces.

So the second half generally moves at a faster clip and feels more aggressive, even as the tone of the tracks is cohesive with the front half. “Commodification” is one of my favorites, which shows off the trio’s dance music chops in the most interesting ways to my ears; with the following segue and then “Platform Lvl 6,” it’s a strident and triumphant display of DJ-friendly techno prowess. It comes to a boil with “Hollow Stories, Hollow Head,” a driving, lurching track that recalls some of the more urgent tracks of Modeselektor or Apparat, a rather satisfying climax to an album that feels deliberate and patient.

False prophets and the modern day snake oil salesmen parade their viral vampirism, grasping for our time, money and headspace. Even our ridicule becomes fuel for their trade as they turn ignorance and psychopathic exploitation into received wisdom and public opinion. Ask any sideshow psychic; repeat, pure Barnum bunkum enough times and you can seize the psychology of the masses. Rumours become truth then they become action and policy that in the cold light of the day make no-sense at all. No one’s sure where they heard it but they have. The spectral offer of change, which actually sustains the stasis of confusion. They spin us on a ball of confusion we live on continues to turn and as long as they have us in a state of Neither/Neither they will always maintain control. Fight Back!

While it may not pack the excitement as wall to wall as an album like Liber Dogma, Neither/Neither’s concept carries through from start to finish with a fairly wide range of pacing and palette. I have a feeling it will only continue to grow on me, as I’ve had the album in heavy rotation since its release.