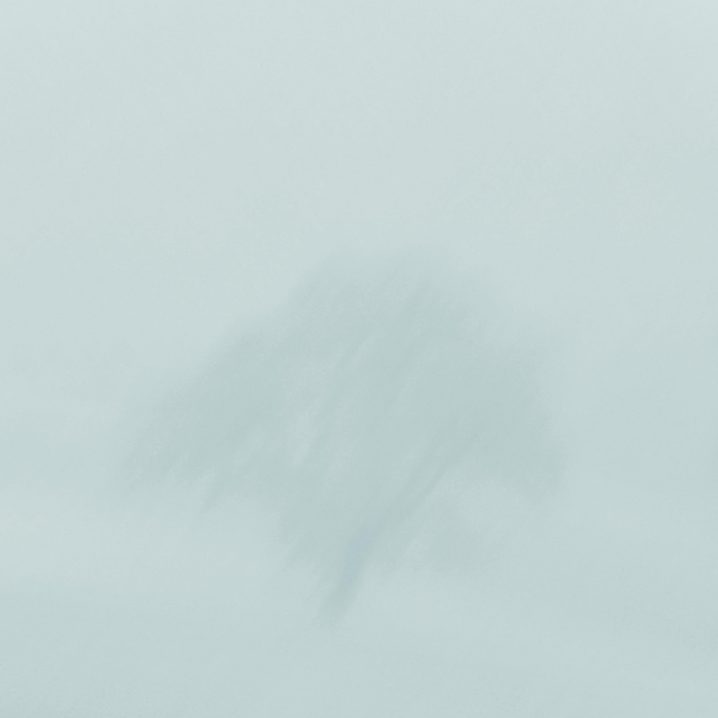 Triac’s Days consists of a week (seven “days” or tracks) of pastoral ambience that starts as peacefully as it ends. Rossano Polidoro, formerly of the Italian minimal act TU M’, is the mastermind behind Triac, a trio that includes Marco Seracini on piano and synth and Augusto Tatone on bass. It’s clear that Polidoro is the key player here, because the sublime and subtle nature of these drones feels not only close in spirit to his work in TU M’, but it also appears to largely obfuscate any of the acoustic traces of his other players’ instruments. This music is so weightless that it practically hovers in the air, like a dusty cloud that is reluctant to rest.

The obscured cover image is as accurate as any to contain these pieces. It shows the form of a tree but only through vague shape and suggestion, diffuse and blurred almost beyond recognition. “Day 1” has all of the shimmer and glow of morning light, and that glow persists across much of Days. “Day Two” has the faintest, buried reference points to its original audio, glimmers of insight into the instrumentation that’s enabled these fields of sound. Its overall timbre suggests something lighter, akin to slowly growing morning light that creeps across the floor as the sun rises. “Day Three” reveals some undulating chords and arpeggios in an oblique way, still slightly more clearly formed than the preceding pieces, but with a gloomy shadow cast around and in between its brighter tones.

Days is an album of dazzling yet smooth distant drones that almost hover in the air. The sound of the slowest moving picture and subtle flickering lights beyond it.

This descent continues across “Day Four” which brings to mind the slipping away of daylight, as one might watch the light and shadow from a windowpane steadily creeping across the floor while the sun shifts in the sky. By the time “Day Six” comes around, things feel more muted, dusky, darker. This is not to say that the music is ominous, as one thing that’s reliable is that the tone of Triac’s album is mostly even albeit nuanced. “Day Seven” is as perfect a denouement as any, again just the slightest bit darker, more reserved, more restrained. Its patient hum and overtones make for a peaceful closing to Days, both reflective and quiet.

Compared to some of the more angular or overly processed releases on Line, Triac presents with Days something more fragile, obscured, and vague, like a residual feeling that lingers in the room. Triac’s first release, in May of 2014, titled In A Room, can be found via Mikroton-Laminal bandcamp page. Triac also creates audiovisual art installations “about relations between sound, space, atmosphere and natural elements.” Days is recommended for fans of William Basinski, Richard Chartier, Celer, Stephan Mathieu, and of course, TU M’.