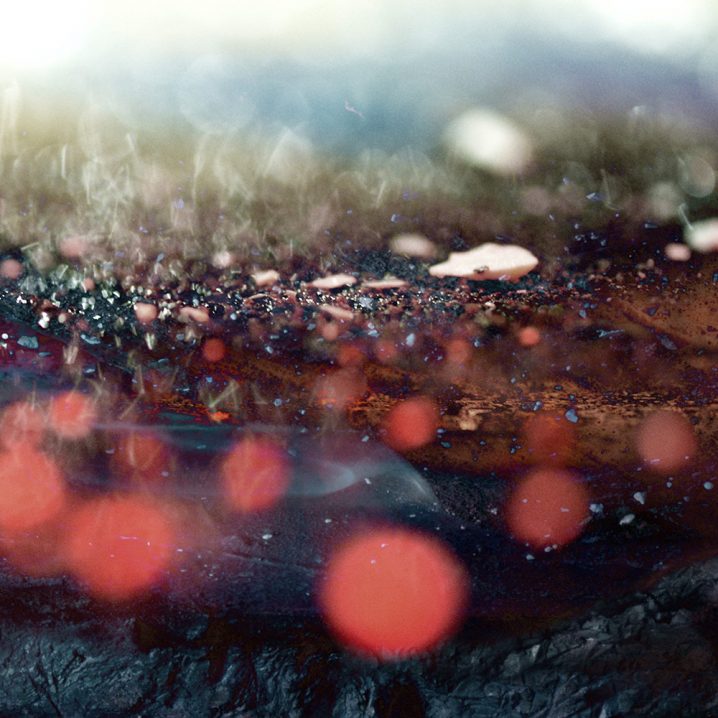 I first encountered Leafcutter John (né John Burton) via his Microcontact release on Mike Paradinas’ Planet Mu label. That album came out some time ago in 2001, and his particular take on outer limits electronic experimentation was both very new and very much of its time. Complex and often confounding soundscapes that showed off an intensity and intricacy that was often unparalleled at the time, Burton’s music often dug deep into similar terrain as to that explored by Richard Devine, Pthalocyanine, Otto Von Schirach, and, to a lesser extent perhaps, Autechre. Resurrection is his first release under the moniker in a while — his last one, Tunis, came out in 2010 on Tsuku Boshi. Burton’s work throughout the years showed him not only capable of truly obscuring, manipulating, and advancing sound, but also an interest in acoustic sounds and turning more traditional musicality on its side. And that last bit is perhaps what is at the heart of Resurrection, an aptly named album for Burton’s return to solo music-making.

It starts with the ringing decay of a single bell, Burton’s nod to one of his own musical heroes, Bernard Parmegiani. From there the five parts of Resurrection rarely touch on the more overtly electronic sprawl of Microcontact, and instead there is a human center to the album in its variety of source sounds and contributors. How satisfying it is, though, when two minutes into the title cut, a hyper-detailed scattering of beats throws down. It’s a welcome counterpoint to Burton’s voice and insistent chimes and bells, sounding fragile and yet completely manhandled. By the time “Resurrection” reaches its far-out conclusion, it’s evolved several times before settling into a ponderous ambient jazz flourished by guitar and percussion. It’s this intersection of experimentation, jazz, cinematic scores, and electronic beatmaking that makes Burton’s music such a lush spread for the ears.

A panoramic sound world of drifting vocals over a densely-processed terrain of mud- caked percussion and guitar, Leafcutter John’s new solo album is a characteristically unique blend of the electronic and the acoustic, the hi-tech, the human and the homemade.

“‘I Know You Can” includes extra percussion from Varpu Kronholm, but it’s still very much Burton at the controls, with a moody, beguiling sprawl of effects and drones while his electronics and Kronholm’s drums weave patterns underneath. Burton’s inspiration that ultimately shaped the five parts of Resurrection was seeing aerial photographs of the Japanese tsunami of 2011: “I would create complete, fully-formed compositions,” says John, “then later, I’d come back to them, playing the part of the destroyer, scraping and smearing away elements, weathering, piling up and re-ordering them, as if they’d been hit by a natural disaster.” This fragility comes through in pieces that often build only to unravel, where technology both bolsters and betrays his musical ideas.

“Music Under the Water” begins with the faintest of guitar overtones, gliding on the surface before taking the plunge with a bright, shimmering glissando that mirrors the ripples of broken surface tension. It’s probably the most lush of the five, capturing the wetness and buoyancy suggested by its title. “Gulps” is the album’s heart, though, I’d say, the last piece after the crashing ups and downs of “Endless Wave.” It captures the spirit of the subject matter with the most intensity and reverence, a patient build that begins with light, staccato saxophone but swells with expansive, droning pads and swirling arps. It feels both aspirational and immersive, like drowning in light. Resurrection showcases Burton’s talents as a producer and arranger, with a carefully assembled melange of instrumentation and effects and a compelling narrative arc.