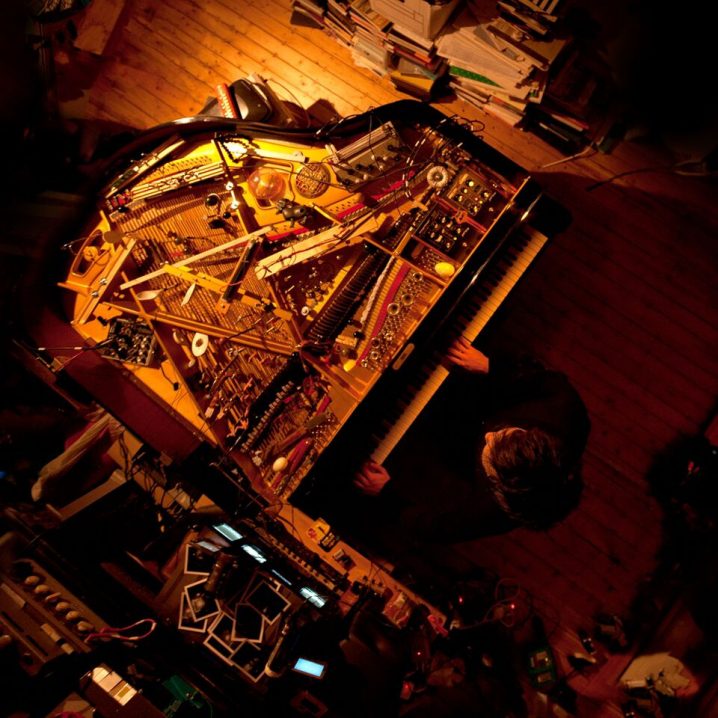 Today’s Headphone Commute Mix is courtesy of Leon Michenere, aka Klavikon, who has been exploring a new approach to the prepared piano, expanding on the experimental works by John Cage and David Tudor. Indeed, this is an introductory opener to the mix, which takes off into a fascinating territory of haunting and percussive textures. Michener’s own music is influenced by artists such as Autechre, Basic Channel, Jeff Mills, Photek, Squarepusher and many more, an aspect which is clearly stated through his selection of pieces for this mix. His self-titled Klavikon LP is released on Nonclassical imprint.