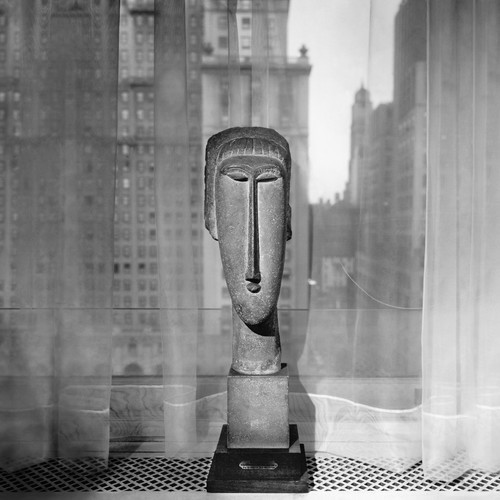 Andy Stott has really forged his own unique path over the past several years, beginning unassumingly enough with his first two collections of singles and EPs, Merciless (2006) and Unknown Exception (2012) before turning up the grit, slowing down the tempo, and diving deep into the subterranean sounds of his often beguiling grooves on a series of EPs and an excellent album last year, Luxury Problems (2012). You should also be familiar with two more EPs from 2011: We Stay Together and Passed Me By which got compiled and re-released together as a double CD. All of the above, of course, is happening exclusively on Modern Love, a label founded by the staff of Pelicanneck, a Manchester record store which would become the online Boomkat.

Faith in Strangers feels like the more reflective counterpart to its predecessor, starting off feeling almost like a skimming off the top of LP’s drippy reverb and haunting vocals courtesy of Stott’s childhood piano teacher, Alison Skidmore. Stott’s knack for enhancing the gritty underbelly of his sounds comes through more clearly as the album proceeds, particularly on the strange and swollen sounds of “How it Was” or the more bass-infused bite of “Damage.” And this amalgamation of sounds old and new makes perfect sense given his trajectory over the last handful of releases on Modern Love, but the title track is startlingly accessible, uptempo, and melodic — it’s built around a jaunty, light electro drum pattern and dreamy IDM pads along with Skidmore’s breathy vocal.

Making use of on an array of instruments, field recordings, found sounds and vocal treatments, it’s a largely analogue variant of hi-tech production styles arcing from the dissonant to the sublime […] built and rendered in the spirit of those rare albums that straddle innovation and tradition through darkness and light.

Much like the title track on Luxury Problems was the linchpin of the release for me, “Faith in Strangers” is a breath of fresh air and my favorite piece on the album, perhaps a sign of where Stott might be taking his music from here? As an outro, “Missing” has more in common with Blackest Ever Black than anything on Modern Love, but it makes sense when played start to finish. This is not an album of compiled tracks but a suite of music that is best appreciated in sequence and in context. It rewards patient listeners with its details and narrative arc, another solid offering from Mr. Stott. A highly recommended release, which will no doubt appear on Headphone Commute’s Best of 2014 lists, which, incidentally, will be published about a week from today, on January 1st!