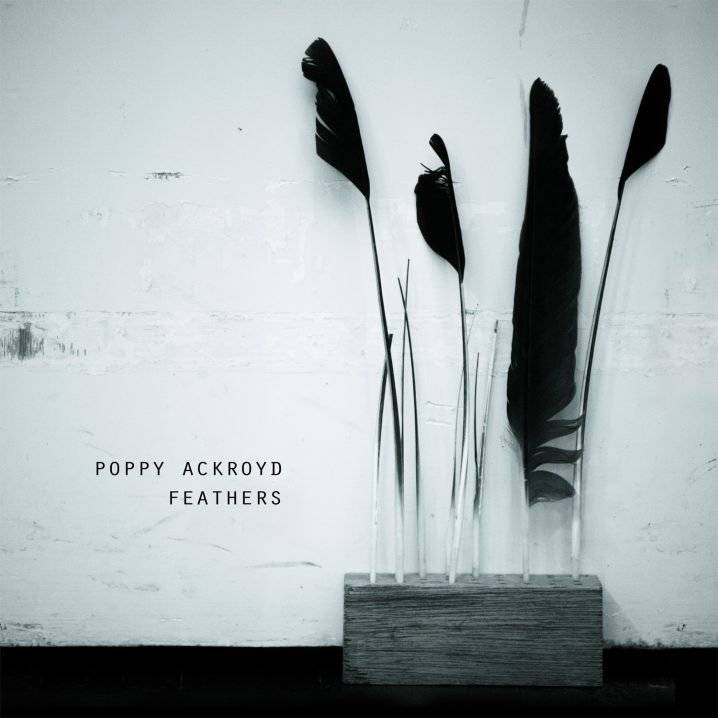 When skill, ingenuity, and inspiration meet, magical things can happen; art can happen. Poppy Ackroyd’s dazzling new album Feathers is a case in point. Skill? The London-born, Brighton-based artist is classically trained and accomplished as both a composer and performer. Ingenuity? She has developed a unique compositional voice by combining conventional piano technique with unconventional use of the instrument beyond the keyboard itself to create a mesmerizing sound evidenced both in her work as a member of Hidden Orchestra and on her debut solo album Escapement released by the very same Denovali Records in 2012.

As for inspiration, Ackroyd drew upon sources both philosophical and musical. The title of the album was inspired by a line from the poetry of Emily Dickinson: “Hope is the thing with feathers”, invoking an image of birds in flight as a metaphor for “love, loss, hope, and migration”. But the word feathers also references the quill in the mechanisms of some of the instruments used to make the record, instruments which themselves became part of the inspiration to create and improvise:

“Poppy’s beloved, restored Blüthner grand piano in her studio is again the backbone of the album, providing most of the melodies, bass lines and percussive sounds. Other material originated from improvised recording sessions at the Russell/Mirrey Collection of keyboard instruments in Edinburgh. Having previously spent time there dismantling different pianos to understand how their mechanisms work and make sound, she was given complete freedom on her own in the museum to experiment with around fifty keyboard instruments from the 16th century to the 19th century. Selecting a few instruments for ‘Feathers’ that produced a variety of different timbres, it was again the other sounds these instruments could make that interested her, when treating them as sources for melodic or percussive material…There is an intimate feel to the recordings as these older instruments are not designed to project sound loudly, so the microphones were placed very close to capture the minutest detail.”

In addition to the keyboards, Feathers is graced with Poppy’s violin lines augmented by guest cellist Su-a Lee and congruent field recordings such as ticking clocks, rushing traffic, or pounding surf. The confluence of all of this skill, inspiration, and inventiveness is a magical record of effervescent beauty. High points for this reviewer are the percussive geometries of ‘Salt’, the musical chronometry of ‘Timeless’, and the melancholic closer, ‘Birdwoman’. Everything moves with elaborate precision like the inner workings of an elegant timepiece or a precious music box. And the title track is utterly stunning with its beautiful piano runs swirling around aching strings.

Feathers is exquisitely mastered as well for optimum clarity and dynamic range. It is simply a joy to listen to. A well known singer recently proclaimed that “music is art and art should be paid for”. While that is true, much of what is presented as music today falls short of those aspirations. Feathers does not. It is music that deserves to be heard and art that deserves to be supported.