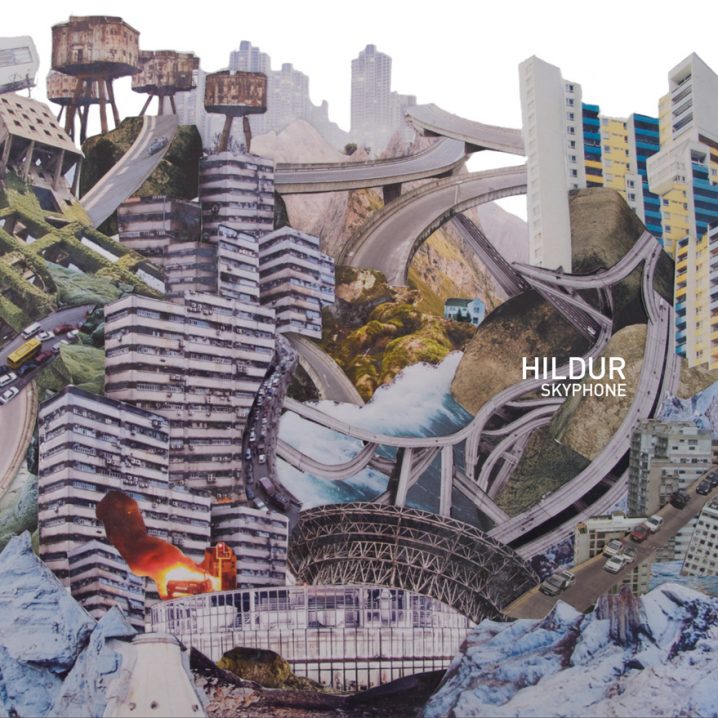 During the first quarter of the new millennium I was fascinated with with the clicky, glitchy, and shuffling lo-fi spectrum of electronica, with Telefon Tel Aviv‘s Fahrenheit Fair Enough (Hefty, 2001), Boards of Canada‘s Geogaddi (Warp, 2002), Dictaphone‘s M.=addiction (City Centre Offices, 2002) and Skyphone‘s debut release Fabula on Rune Grammofon. I specifically remember getting lost in “Kinamands Chance” – a favorite track on Fabula, while spinning that record at a local coffee shop in Chicago during a particular Thursday night; it all seems like a whole lifetime away at this moment. It’s been over a decade since then, and Skyphone is back with a third full-length release, this time self-released via bandcamp and iTunes on their very own Gate of Hell label.

When in 2008 I reviewed Skyphone’s Avellaneda, I described this second release as “a lullaby of electro-acoustic, experimental and ambient sound, that isn’t shy of revealing performer’s breathing to grasp the listener closer to home. Listening to Avellaneda, I feel like I’m eavesdropping in a back room of a secret factory, where unimaginable instruments metamorphose from electronic into metallic, and vice versa in the hands of skillful sound-smiths.” I find it particularly amusing that the very last track on this third and latest release, is also titled “Eavesdropping”. I wonder if there’s any correlation. 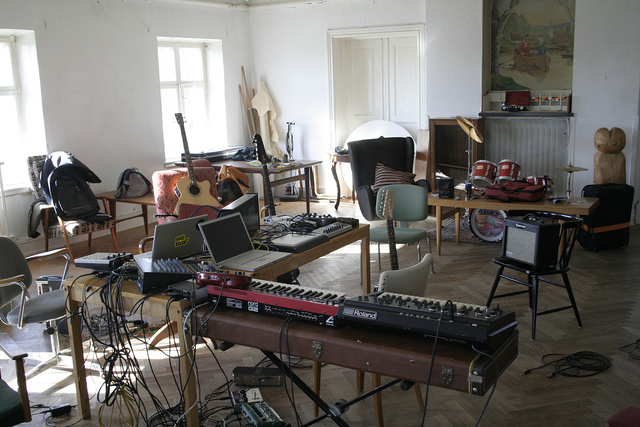 Hildur is at once more mature and cohesive work, combining elements of cut-up stitches of acoustic instrumentation with a strong song structure at the center of each piece. Even the cover art conveys a collage of a layered cityscape, with an imaginative interpretation of what I can only guess to be an abstraction of Hotell Hildur, an abandoned railroad hotel in Everöd of south Sweden, after which, the album is actually named. The trio, consisting of Thomas Holst, Keld Dam Schmidt, and Mads Bødker, spent some time working on 30+ sketches for the album back in the spring of 2010. Here’s more from Mads on that particular time and place:

“There was a really particular vibe at the place, the acoustics were great and there were hallways and rooms that allowed for different kinds of recording. And an old drum kit (on the picture) that we recorded using a very wide stereo setup (using high-end mics) – you can hear remnants of those recordings all over the album. Also, the slightly out-of-tune piano was recorded there.”

The delicious and familiar flurry of lo-fi sounds are once again present on tracks like “Palinode”, showcasing the group’s strong foundation in the exquisite amalgamation of organic and electronic sound: synth, guitar, clarinet and (what I think is) an accordion swirl in a hazy vapor of early morning mist, lazily crackling, humming, chirping and scuffing along the way. Minimal percussive treatments, and an occasional glimpse of a vocal, place the album into that undefined category of left-field folktronic ambiance, which will appeal to fans of The Remote Viewer, Triosk, Swod, Porn Sword Tobacco and Pan•American, in addition to some of the ones I’ve outlined before. Recommended if you’re a follower of Rune Grammofon, City Centre Offices, and Leaf labels output.