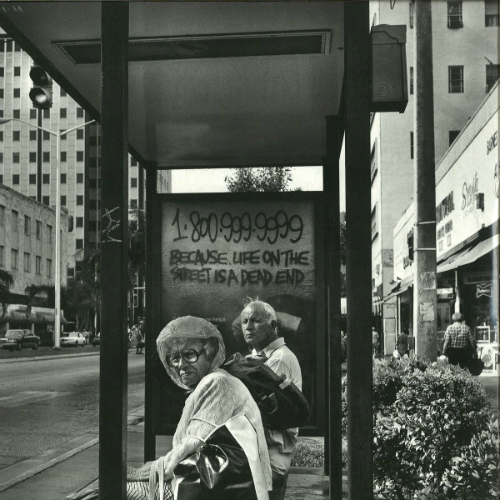 Andy Stott and Miles Whittaker once again don their female pseudonyms for this debut full-length, coming some years after a rather intriguing set of 12” singles on the Daphne imprint. While a couple of those tracks have also found their way onto the lineup here, most of the album is new, recorded in the last year or so, it would seem. The opening track, “GIF RIFF,” is more of a palate cleanser than delivering on expectations from anyone familiar with the duo’s other output; it begins with a curious sample of indigenous chanting before turning into a syncopated, spacious set of rhythmic sounds not unlike the more industrial side of Nurse With Wound.

Miles Whittaker proclaimed in a recent FACT magazine interview (well worth a read), “Too many people are really too serious about what they’re doing. And in the end a lot of music’s just fun to make.” Strong words from one half of Demdike Stare, an outfit that’s made traditionally uncompromising and often difficult, sprawling music over the last several years. Andy Stott also is not an artist I’d associate with casual or flippant humor in his music. He’s been exploring curious terrain for several years now, shifting focus from the streamlined techno of his Unknown Exception (Modern Love, 2008) compilation of previously released tracks and instead diving headlong into music that sounds like drum & bass or dance music trends slowed down and turned sideways. His Luxury Problems release in 2012 remains one of the strongest leftfield dance albums of the past decade.

What made those early Daphne 12”s most memorable is that they have a rather fun spirit about them, even if the music itself isn’t necessarily joyous or bright. The duo are clearly mining dance music’s checkered past, through references to breakbeat, jungle, rave culture, and more, though experienced through each artist’s rather particular musical lens. “Stay Ugly” is the first proper rhythmic track after the opener, living up to its name with an almost unnecessary layer of bass-heavy distortion. If not for that coarse surface treatment, the track otherwise is almost jaunty, with swelling pads and clattering mid-tempo breakbeat patterns.

In that sense, it’s perhaps perfect that the third track is “Temper Tantrum,” originally released in the first run of singles in 2009. Its jerky broken beat and donk bass, in combination with skittering fills, smooth pads, and tiny disembodied vocal samples, feels like a love letter to the dance music of the past while also being a fresh document of the here and now. Perhaps that is my favorite thing about their collaborations, that they make all sorts of inside references to the music of their youth and the past without it feeling cloying or overly ironic, or even fully necessary to notice in order to appreciate the tracks for what they are. In the end, good dance music stands on its own, and these tracks are no exception.

“Spectral Source” follows as another previously released track, again flitting across several micro-genres without any allegiance to one in particular; there are tinges of burgeoning trends of bass music of the time (2009) with a genuine spirit of playfulness and curiosity. It shouldn’t be surprising that “Corrosive” is a newer track, with a sound that is a tad darker, picking up from its respective creators’ more distorted and recent lexicons. There are shades of Miles’ harsh and distorted works on his recent Faint Hearted album and its Unsecured companion EP, and the weird lo-fi slowdowns of Stott’s Luxury Problems finds its way into the mix here and there, but it is the homage to dance music’s past — in this case, late 90s sputtering hardstep — that provides the most entertaining element in this track.

That stop/start sample triggering continues on the title cut, the most overtly rhythmic and least melodic track on the album, with almost no supporting elements aside from an occasional stark pad sweep. “Back Down” combines the rough edges of “Stay Ugly” or Demdike Stare’s recent Test Pressings series with elements of old school techno and some of the swirling slow-motion sounds of Andy Stott’s recent album. The album doesn’t overstay its welcome at eight tracks, ending with the beatless, languid forms of “Quay.” The contrast of swooning, looped phrases and grimy digital surface noise is effective, reinforcing the sense of contrast that informs most of the album in a more serene way.

Like the solo music of its creators, these tracks reveal their personality and appeal over time, making it an album that wasn’t an instant love affair for my ears. But several listens in, I can appreciate the magic in their collaborations. I applaud their respective successes (Miles and Demdike Stare on the one hand, Andy Stott on the other) but am glad the two were able to put their heads together with some new perspective to keep the project alive and better than ever.