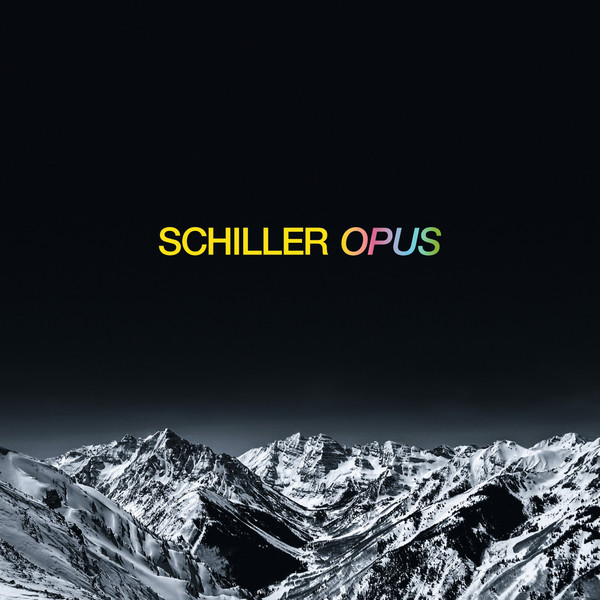 From classical era composers, such as Bach, Beethoven, Schubert, Brahms and Schumann to early electronic experiments by the likes of Karlheinz Stockhausen, Gottfried Koenig, and Klaus Schulze, Germany has been pushing the evolution of sound, and some may argue that it is the catalyst for many of the emerging genres. Today, German electronic music is shaped by the sounds of Apparat, Pantha du Prince, Alva Noto, Gas, Pole and too many others to mention. At the same time Deutsche Grammophon, the oldest surviving recording company (founded in 1898), continues to thrive among the many contemporary labels. So it makes sense that we receive such an advanced album, colliding on both, classical and electronic music, from such an accomplished and experienced authority.

In 2005 the label introduced Deutsche Grammophon Recomposed, a collection of original recordings by Berliner Philharmoniker and Herbert von Karajan as reinterpreted by Matthias Arfmann, a German future jazz and downtempo producer. The following year the label invited Jimi Tenor, a Finnish musician, for another recomposed session. These two releases paid homage to composers ranging from Nikolai Rimsky-Korsakov and Steve Reich to Edgar Varèse and Antonín Dvořák. But the label wasn’t done. In 2008 Deutsche Grammophon attracted Carl Craig and Moritz von Oswald to recompose Maurice Ravel and Modest Mussorgsky. Needless to say, that the appearance of these two influential producers of techno, one from Detroit and the other from Berlin respectively, on a classical music label has turned plenty of heads.

Perhaps the pinnacle of the series culminated in 2012, when a German-born composer Max Richter recomposed Vivaldi’s The Four Seasons to a worldwide critical acclaim.

We finally arrive at Shiller. Christopher von Deylen has been producing under the Schiller moniker since the late ‘90s. Those following the project no doubt amassed his numerous releases on Island, Radikal and Sleepingroom Musik, as well as collaborations with fellow progressive house and trance producers such as Ferry Corsten, Danny Tenaglia, Dave Seaman, Sasha and John Digweed. In 2000, Deylen already demonstrated his skill and confidence of fusing electronic music with opera, with his release Ein Schöner Tag, based on the theme of Madame Butterfly‘s “Un bel dì vedremo”. In 2008, Schiller paired with the world famous Chinese pianist, Lang Lang, to record his single, Time For Dreams, which was later used by German television during the 2008 Olympics in Beijing.

So why did I go through all this lengthy history before even attempting to describe the music? I wanted to take the time and demonstrate the caliber and the commitment to the production values that firmly stand behind this particular release. For Opus, compiling original and interpreted works of classical masters by this platinum-selling EDM act, Deutsche Grammophon spawned a brand new Panorama label (with a publishing license to Universal Music). On his eighth studio album, Deylen collaborated with many contemporary classical performers to deliver an exceptionally well executed union of classical and electronic music. Sure, we have heard such attempts before: a trance anthem melody with a lifted melody of the past, shimmering bright in a new car commercial. But have you ever heard one on Deutsche Grammophon? Believe me, it’s a well sought-after stamp of approval. And the music doesn’t foil.

There are more than a few punchy cuts on the album. Some indeed approach the trancey territory with their lead synths, filtered vocals and progressive grooves, at times diving into a four-to-the-floor beat. Throughout the album, Deylen maintains an organic feel, in part obliged to the fantastic recordings of live violins, piano and oboe. But it is indeed the “recomposed” pieces that stand out as the gems among the 14 tracks (22 if you get the two-disc Deluxe Edition). Perhaps the most interesting interpretation is that of Erik Satie’s “Gymnopédie No. 1” with the French classical pianist Hélène Grimaud on the keys, only to be superseded by a variation of the same, this time with Diana Tishchenko on the violin. For the latter I have to simply proclaim, that among all the renditions that I’ve ever heard of this beloved piece, Schiller’s is my favorite. I have no doubt that you’ll agree.

Similar arrangements of Tchaikovsky’s “Swan Lake” in two variations grace the album. Deylen’s clean snare falls hard with the rhythm over Albrecht Mayer’s exquisite oboe of this instantly recognizable melody. The music video for this piece premiered on German MTV and immediately climbed to the top of the German singles charts. Russian born Anna Netrebko lends her warm operatic soprano voice for a beautiful cover of Edvard Grierg’s “Solveig’s Song”, punctuated by thick synth pads, slow downtempo bass, and heart-wrenching strings. In addition, Opus celebrates Sergei Rachmaninoff’s “Rhapsody On A Theme Of Paganini” and Claude Debussy’s “Reverie”. Among the classical depictions plenty of original EDM works by Deylen surface on the album, but as one gets lost in the alchemy of music, it’s difficult to tell the remixes apart—a testament to the quality of production on this monumental release.