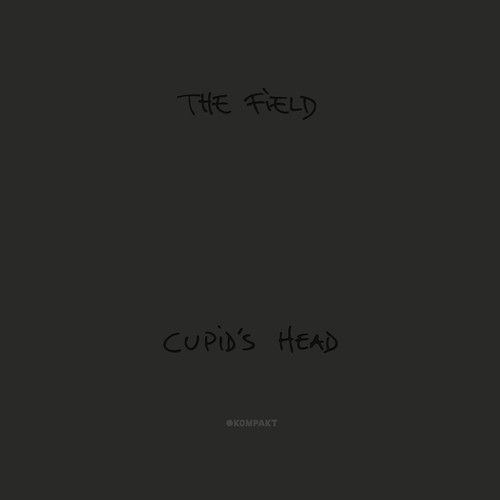 For the past six years, whenever a new record by Axel Willner hits the streets, I usually approach it in the most reserved and skeptic way. “Oh, here we go again,” I’m thinking, “an hour of the same repeating loops. Why would these loops be any better this time, and why is it The Field that does it best?” But as I place my trust into the hands of Kompakt, the doubting cynic slowly starts to fade away. For yet another round of circling music, it is somehow unique, hypnotic and sublime. And as each track approaches its five-minute luring center, I know that Cupid’s Head will stay in queue on long repeat.

Ever since Willner’s debut on Kompakt in 2007, titled From Here We Go Sublime, the scene’s dissenters often wondered, how long this beat can go and why. On the surface of each record, a repetitive phrasing of a four-second bar would leisurely evolve with minute changes, tiny shifts and microscopic blends. But somehow, throughout the years of slow and minim variations, with Looping State of Mind (2011) and Yesterday and Today (2009), it is The Field that keeps this heartbeat rolling on and on. Perhaps Willner has discovered a basic secret in which the rhythm becomes a mesmerizing daydream, spreading its pulsating fingers across your mind in soporific waves. Perhaps the elements he adds to trance-inducing patterns are not as simple as they first appear to be. Perhaps with Cupid’s Head he has perfected soothing soundscapes, which gently cover cadence with their dazed narcotic warmth. All this and more, is a testament to Willner’s success with misconstrued restraint behind his music. No doubt that Kompakt has correctly seen this from the start.

“When I started to work on Cupid’s Head, it was quite awkward”, says Axel, “I felt that I had nothing to put into a new album and I’m not the type to sit down and force something out in the studio. But then, after a few modest attempts, I got a first loop together and running.”

On his fourth full length release, the Berlin-based Swede slightly shifts a bit into slightly darker territory – a welcome move for those indifferent to joy. This aesthetic is mostly prevalent in “Black Sea” where after seven minutes of major-chord glitching strings, swirling pads and near-disco beat, the track abruptly shifts into a dire district, in which the synth arpeggios advance to psychedelic heights. The bass lead is almost 303 in nature, as its frequency and resonance are tweaked in opiate exhaust. On the title track of the album, an undecipherable phrase lays groundwork for rhythm, and this recursive loop holds on to cranium like high electric burn. As per Willner’s comments, it’s the loop in “No. No…” that laid the groundwork for this release: “an intense piece of concrete poetry dissolving in gorgeous swathes of sound…”

The Field’s etheric sound continues to soothe, anesthetize and drown. Like a headcleaner for muddled thoughts and scrambled state of mind, his music somehow launders all that’s crumbled, stiff and foul. Emerging from an hour-long traversal of these numb spellbinding edges, I feel like I have just climbed out of a gripping rabbit hole. But with its trip so magnetizing and enchanting, I’ll gladly plunge into the loop again, again, again, again, again…