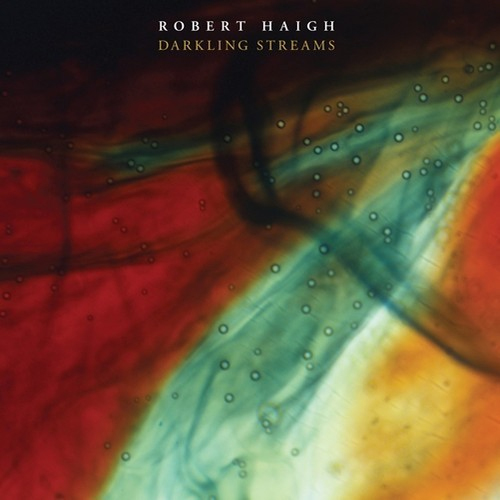 I briefly encountered the output of Primary Numbers, a mysterious new label “without a limited genre, style, or feel,” back in 2011, when Aidan Baker released his avant-garde and jazzy album, titled Still Life, as the imprints only second catalog entry. The seventh label release (presumably with PRIMA004-006 still in the works… five is a primary number, right?) was a fascinating album by Jack Dangers (the same Dangers of Meat Beat Manifesto), and his analogue-synth slash tape-manipulation ode to Bathyscaphe Trieste. So we’re already spanning a few various genres here. Imagine my surprise when I put in a third catalog release by Robert Haigh, and the sounds of gorgeous modern classical piano streamed out of my hi-fi into the living room!

I took a double-take at the cover, but the riddles wouldn’t break. In the 80s, Haigh worked on Nurse With Wounds albums and released dark ambient albums as Sema on Le Rey. In the 90s Haigh has developed a new ‘ambient drum’n’bass’ style and created Omni Trio, and has released The Deepest Cut (Moving Shadow, 1995), which many still recognize as the very first jungle album. How was I supposed to know that under his real name, Haigh has already released a series of modern classical works: Notes and Crossings (2009), Anonymous Lights (2010), and Strange and Secret Things (2011), all on Japanese Siren Records.

“Darkling Streams is a collection of piano miniatures with occasional wisps of shimmering electronic texture. […] The pieces are intimate, atmospheric, hauntingly melodic and introspective.”

It would be impossible not to liken Darkling Streams to music by many classical masters. Barely reverberated keys float through the minimalist chords to construct vapors of beauty, tranquility and lull. Subtle arpeggios, appearing in similar tonalities, sprinkle the album with patience and poise. There is even a waltz appearing as “Cage of Shadows,” dancing through the flowing curtains of my open space. On “Of Eros and Dust” we hear a first echo of a synth, reminiscent of minimalist works by Brian Eno, Harold Budd and Steve Reich. Walking keys across abstract and chromatic scales of course, remind me of Ryuichi Sakamoto, and there is an essence of the last breath by Erik Satie, Henryk Gorecky, and even John Cage.

As of this writing, Darkling Streams has remained on rotation throughout the weekend, and it doesn’t subside. If anything, the music brings a particular lightness to the external atmosphere, sounding very cinematic rather than new-agey. On the last piece of the album, “Rain for Avalon“, Haigh awakens a deep bass that adds thick layer of texture to the music, mixed with distant thunder and strings, leaving me somber and aching for more. There are sixteen tracks on this album and I’m having trouble picking out a favorite. Well done, Primary Numbers – I’ve got my ear on you now!