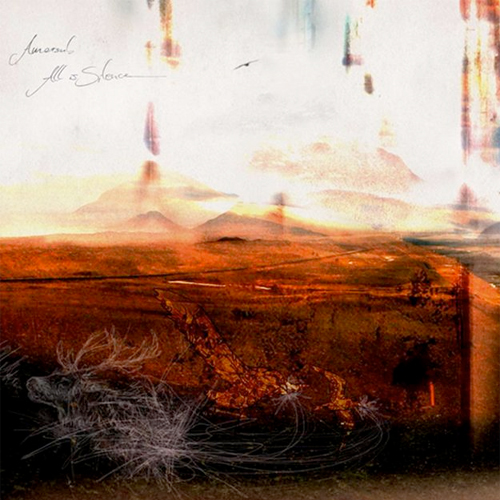 Ametsub‘s biggest problem is that I like him too much. I don’t know how that happens, I’m not sure how my mind works, but upon hearing his music, I immediately file him for the Best of the Year slot, and that’s where he stays, while I rabidly search for the rest of the candidates. Like an anthology of works by my favorite author, which once identified, purchased and stashed for another lonely day, it sits on my bookshelf awaiting its turn, music by Ametsub is always an undeniable pleasure, saved for especially difficult and rewarding time. And that problem, my friends, the one which I shamelessly attributed to Ametsub, is a result of this very belated review. Yes, in my magnificently defined universe, where some rules contradict each other, this particular thinking always makes sense.

Ametsub’s music tends to delight and inspire. On the one hand, his beautiful melodies satisfy my harmony searching ears of resolve. On the other, his crafty devised glitchy goodness plays with my mind on a cerebral level, keeping it occupied with puzzles of joy. If I were to summarize all that I seek in intelligent “dance” music, works by one of my favorite artists, Ametsub, would always end up on a list of recommendations. What I want from this misclassified genre of dance music under the IDM umbrella is more than a DSP rich organism of a constantly mutating structure. I want that being to exhibit the “intelligent” attribute assigned to its name. And that’s a lot more than a tripping percussion across a jittery landscape of effects. I don’t know precisely how to describe what exactly I mean, but I could confidently state that Ametsub is it. And you should be able to figure the rest out.

“A succession of feeling of floating drifting melodies that seems to remind of an endless trip is finished in the strong soundscape, like a drawn spectacular nature, the solemn horizon, the silence of the evening, fluttering reminiscence in the old tape, magnificence red landscape…”

There are almost jazzy melodies sprinkled with 16-bit treatments of synth lines and beats. Downtempo rhythms beg the music to live in a lounge, but trust me, the headphones is where it belongs. Multiple field recordings, like water and wind become percussive sounds as well. Intricately weaved patterns of structure only make sense once they are assembled back in your mind, but they are always there, revealing themselves on multiple consecutive listens. Some tracks feel like a remix of pieces that you’ve heard before. But where you heard them was back on this album a few months prior, in the same unremixed form.

For All Is Silence, Ametsub takes prepared piano, acoustic ‘incidental’ percussion made by the various instrument’s parts (I’m still referring to the piano here, like its lid, pedals and wood), and mixes that by deconstructing the recordings further, now in his studio, with dithered loops and compressed time. The newly reconstructed piano piece is almost impossible to attribute to the original instrument, yet its sound could not have existed without the piano at heart. And here is where Ametsub takes this musical artform to another level. I’m sure that John Cage would have had hated this unrandomess of noise, while secretly delighted in the evolution of sound. I couldn’t recommend this album enough!