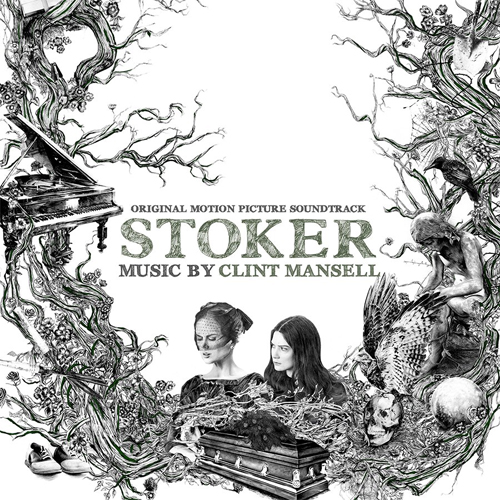 Last weekend I went to see a play. I really enjoyed the theater outing, but something throughout the performance kept bothering me. I didn’t feel like I was part of the story, and instead remained an outside observer throughout the show. It was an uneasy feeling of eavesdropping, of witnessing something I was not supposed to see. By the second half I finally realized what it was. There was absolutely no music with this play. It was an act among the people who conveyed emotion with words and actions. And it was missing all of my expected cues. With soundtracks by Clint Mansell it’s a completely opposite experience. I could be walking on the street, listening to his latest film score in my headphones, and suddenly my heartbeat would skip, my lungs would swell up, and my mind would be filled with pure emotion. On more than one occasion I would forget that music is the responsible trigger and start thinking thoughts that go along with sound. The up-beat racing thoughts. The tension driven turmoil thoughts. The stress relieving sighing thoughts. They are all there in Mansell’s music.

Clint Mansell is no stranger to the sound behind the screen. The composer has been working with Darren Aronofsky since the underground classic Pi (1997), followed by a cult hit Requiem for a Dream (2000), The Fountain (2006), [nominated for Best Original Score at the Golden Globe Awards], The Wrestler (2008), Moon (2009), Black Swan (2010) [nominated for Best Score Soundtrack for Visual Media at the 2012 Grammy Awards], and many others. His latest soundtrack is for a film by Park Chan-wook, a South Korean director and screen writer most known for The Vengeance Trilogy (Sympathy for Mr. Vengeance, Oldboy, and Sympathy for Lady Vengeance). His latest, Stoker, stars Mia Wasikowska, Matthew Goode and Nicole Kidman, and is scheduled to be released on March 1st of 2013. I’m not going to provide the film synopsis here (perhaps you should be able to experience its energy through the soundtrack first), but I’ll embed a neat trailer on the making of the International Teaser Poster, which features a trip-hoppy track, titled “Becomes The Color”, by Emily Wells.

In addition to providing a score to an unfolding story, Mansell is presented with an opportunity of exploring a common theme. The variations on the main melody throughout the soundtrack allow this composer to showcase all of the above evoked emotion through slight change in tempo, dynamics, and instrumentation. This particular aesthetic of a film score allow the album to exist as one cohesive piece of music, instead of individual tracks. Blending an orchestral ensemble with elements of guitar, piano, percussion and electronica, the music retains its appropriate place in time, as well as total timeliness in a complete and utter void. The release is sprinkled with a few tracks that also appear in the film, including a modern classical piece by Philip Glass, above track by Emily Wells, and a wonderful period piece by Nancy Sinatra and Lee Hazlewood, which gives me a nice jolt and a welcome break in the flow of music, reminding me a bit of a technique Quentin Tarantino employs to honor other cult styles.

Listening to a soundtrack by Clint Mansell prior to seeing the film is a fascinating experience. The foreshadowing images of the film flash forward their dark, sinister, and seductive themes. Actually, let me rephrase that. Watching a movie for which Mansell produced a soundtrack months after listening to his music for hours on end is an incredible feat. As you are observing the scenes unfolding on the screen, a sense of familiarity creeps in the background. A feeling of a déjà vu, a familiar childhood scent in a friend’s dusty dwelling, a split second flashback from the present to the past. And all those reactions are evoked after a very intimate relationship with music by Mansell. Something I’m willing to commit to again and again. If you live in LA or New York, check your calendars for Mansell’s upcoming live performances in April! You know I already got my tickets!

Be sure to read Interview with Clint Mansell!