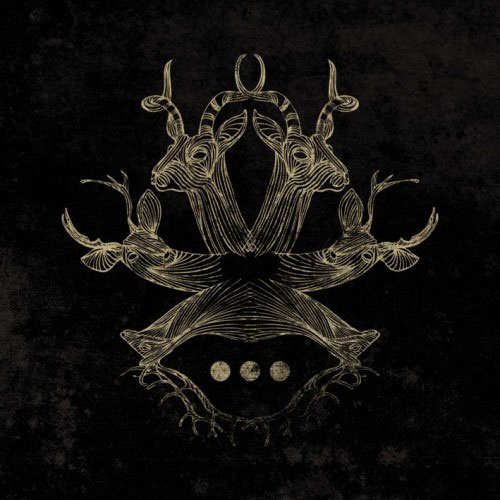 Here’s another example of my failure to keep up with great music and update you with timely reviews. Blueneck is one of those groups that I have been following for almost six years now! In fact, somehow I managed to review their debut album, Scars of the Midwest, back when it came out in 2006. And although in 2009, Blueneck’s The Fallen Host made it onto Headphone Commute’s Best of the Year list, Music For Walking And Not Crying In The Autumn Rain, and then, subsequently, Repetitions [the album of this review] was featured once again in our Best of the 2011 list, I still failed to find the time to give it a proper detailed review! Oh well, that is just one side effect of being overwhelmed with too much music – an ailment I can hardly complain about! Alas, the cure is nowhere to be found! All I can do is temporarily relieve it with this long-overdue review.

Hailing from North Somerset (UK), this post-rock band, consisting of Duncan Attwood, Ben Paget, Johnny Horswell, Ben Green, and [later added] Michael Maidment, was signed to UK’s Don’t Touch label for their initial release. The sophomore album got co-published by Denovali and Perfect Storm, and now this, their third full length release, Repetitions, is making its waves through the ocean of music, this time with the help of Denovali alone. Describing the sound of Blueneck is difficult. Take everything you love by Godspeed You! Black Emperor, mix it with the falsetto voice of Radiohead‘s Thom Yorke, add the apocalyptic crescendos of MONO and the erupting dynamics of Explosions In The Sky, and you may have an idea of the sound. Yet, somehow, Blueneck is much more than a concoction of elements picked from the above-mentioned bands. And somehow, Repetitions, is much more than a heartbroken story of a fateful protagonist – check out the melancholic opening lyrics with Attwood singing “you will burn alone…”

The dynamics on Repetitions are restrictive and controlled, slowly rising from the beginning of each track, building to expansive proportions, erupting into the sparkling confetti, and finally settling down back on the ground. For the production of this album (18 months in the making), the group reduced their usage of digital effects – the analog processing of sound is clearly audible on the record. The incorporation of acoustic instrumentation is more present than ever – the beloved de-tuned upright piano is more prominent, and so is Attwood’s voice. It seems that songwriting (although still minimal) is at the center of the album, incorporating desolate lyrics into almost every single track. “Though steeped in the trademark melancholy power of their former works, Repetitions resonates with new heights of emotional drama.”

As of this writing, the group is already in the process of recording the followup to Repetitions. Having recently finished off a few concerts in UK, Blueneck is preparing for a European tour during this fall, finishing off at Denovali’s Swingfest 2012, where they will be performing alongside their labelmates, The Pirate Ship Quintet, thisquietarmy, and Saffronkeira! Damn, I must really try and make it to this three-day festival! And so should you! Meanwhile, you can pick up Repetitions along with Blueneck’s previous releases directly from the Denovali store, where it is available on MP3, CD, and of course, vinyl. Highly recommended. Been heavily on rotation during rainy days…