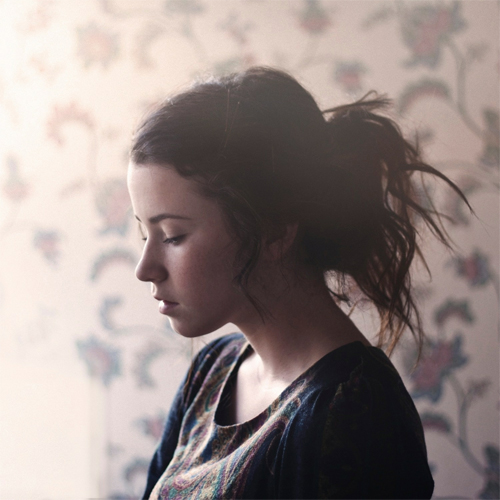 What can be said about Brock Van Wey that hasn’t been said before? In fact, only yesterday, Headphone Commute published a review of bvdub‘s Don’t Say You Know, a bonus disc to accompany Serenity. In that in-depth writeup, Josh Russell covered pretty much everything I wanted to say. So I won’t talk about Van Wey’s prolific output, his endless sprout of ideas, and the seemingly unlimited time for artistic expression. But what I do want to talk about today is Van Wey’s passion. Because it clearly shows. The lonely soul of this musician is clearly drawn upon this canvas, where ultimate devotion, once again, is the driving force behind the strokes. In this aural image it’s not just the thick layers of sound that cover the surface – it is the texture and the visible movement of sonic paint that speak of this artist’s spirit in music. And it seems that whatever palette Van Wey chooses for his next sketch, it somehow turns out to be a masterpiece.

For Serenity, Van Wey churns out his staple looping ambient pads, ethereal lush vocals, and trance inducing rhythms. This time, however, a nod to old skool electronic beats is present throughout the album. These are the seemingly forgotten patterns of Orbitalesque era, where broken beats dominated the landscape, only to be labeled with a chill-out sticker, and end up in the back of a used CD bin. This welcome flashback harbors a longing for the days associated with my carefree teenage years, that no doubt echoes in Van Wey’s past days as well. There are only six tracks on this album, but each, surpassing the 10, then the 12, and finally the 17-minute mark, illuminates, envelopes, and finally hypnotizes the listener, as the spirit merges with the music, and surrenders to the beats.

In contrast with his previous work, the music on Serenity is optimistic, uplifting, and inspiring. The titles alone, such as “Unity”, “Beauty”, “Energy”, “Love”, “Strength” and finally “Serenity”, hint at a change of mood in Van Wey’s usually melancholic nature (just listen to The Art Of Dying Alone to get a hint of what I’m talking about). Although I’m a big fan of heavy-hearted sounds, this is a welcome transition that comes just in time with new beginnings. Perhaps there’s a light at the end of the tunnel, if the tunnel only opened up. Serenity becomes Van Wey’s ode to the memory of music, when in the morning hours it aroused the feeling of well-being, elation, and true unity with sound, all without hidden agendas, financial merits, and egocentric missions, that seem to dominate the scene today. This is a story that can only be experienced with music, and Van Wey nails it again. But don’t take my word for it – listen, and you will hear.

As previously mentioned, Serenity is released on Darla, along with a ‘limited edition bonus disc’, which happens to be an album all on its own, Don’t Say You Know. In 2011, Darla also released bvdub’s Resistance is Beautiful. Although I know this may seem like a lot, I still highly recommend you pick up bvdub’s other latest releases; among them Tribes At The Temple Of Silence (Home Normal, 2011), I Remember (Translations Of Mørketid)  (Glacial Movements, 2011), The First Day (Home Normal, 2012), and Van Wey’s collaboration with Ian Hawgood on The Truth Hurts (Nomadic Kids Republic). And those are the releases in just the last six months! In the midst of all this production, Van Wey also managed to curate one of the disks for Air Texture Volume I compilation – so be sure to check that out as well!