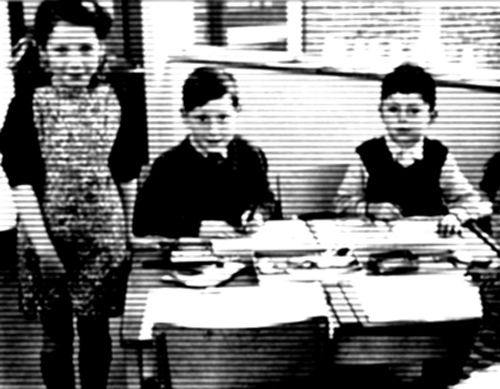 Here comes the second installment in a three-part trilogy of text written by Lawrence English, titled A Young Person’s Guide To Hustling In Music and The Arts, subtitled For The Work.

If there’s one overarching rule to this game it’s respect. Very few of us are getting rich here, most of us are in this because we’re driven by a foolish desire to support work we care about or feel passionate about. Much easier livings could be sought in any number of academic, corporate or public service positions – jobs with actual benefits like superannuation, holiday pay and sick days.

What we have (or should have) is mutual respect. There’s room for everyone’s work and curatorial pursuits here. There might be moments where you feel you’re overlooked or someone else gets that chance you thought you might be best suited to, but something else will pop up.

Another thought, be diplomatic. Belligerence, though an utter necessity from time to time, can be a bit of a drag for people around you.

If you say you will, then do follow through

It’s a simple one, but often overlooked or forgotten.

If you agree to do something, then live up to your word. There’s nothing more frustrating for a freelancer than having a whole array of things promised to you by a third party for a project and then one by one have them dismantled or not honoured. Sometimes these things are unavoidable (act of God, we’ve all been there) and you just need to accept it and move on, but that’s not always the case. Sadly sometimes people (either through lack of experience or something less excusable) simply don’t deliver what they promise.

So just as it’s frustrating for you to experience, think of people on the other end. If you agree to help on a project or offer a fee to an artist or agree on certain conditions, then try everything in your power to respect those agreements. It’s the least you can do to honour those things you agree to as best you can. And if you can’t, own up to them. Be honest enough to take responsibility for those shortcomings and (if possible) in a timely fashion.

Remember why you started

It sounds easy enough to do, but give yourself the better part of a decade in the throws and woes of the freelance arts and music environment and you’d be amazed how foggy your early memories can become. It’s quickly possible to lose track of what it was that first got you started. Over time your reasons for doing what you do may ultimately change, but it pays to remember what sparked you to start this voyage. That reason that made you take the leap of faith into unchartered waters might seem naïve, perhaps even foolish, but there’s a kernel in that thought, that when returned to down the line reveals something new each time you consider it.

As circumstances change, that reason remains anchored in a time and place and offers you a chance to consider where it is you’ve come from, where you thought you might go and whether or not you’ve come close to that. Perspective can be difficult to get and little things like this can be vital in giving you context and understanding for what it is you’re doing now and why.

As I said before; memories can be short. That said, it’s not too much to remember and think about those who support you. Freelancing is about peaks and troughs and not everyone’s wave cycle is at the same frequency. You can almost guarantee that people you see on the way up, you’ll more than likely see on the way down in your cycle.

Having friends, supporting them and hopefully having them support you is vital in the ebb and flow of creative freelancing. It’s important to remember that we’re all creative people trying to work out a place for our projects and aspirations. There’s room for everyone, so don’t be shy giving people a lift up when they need it. Who knows before long they might be doing the same for you when you need a helping hand.

It’s not hard to do and more often than not we don’t do it enough. It’s the least you can do to show people what they do for you actually matters and is meaningful.