“One sound can give birth to thousands of tones through self-fertilization” –Pierre Henry, 1982 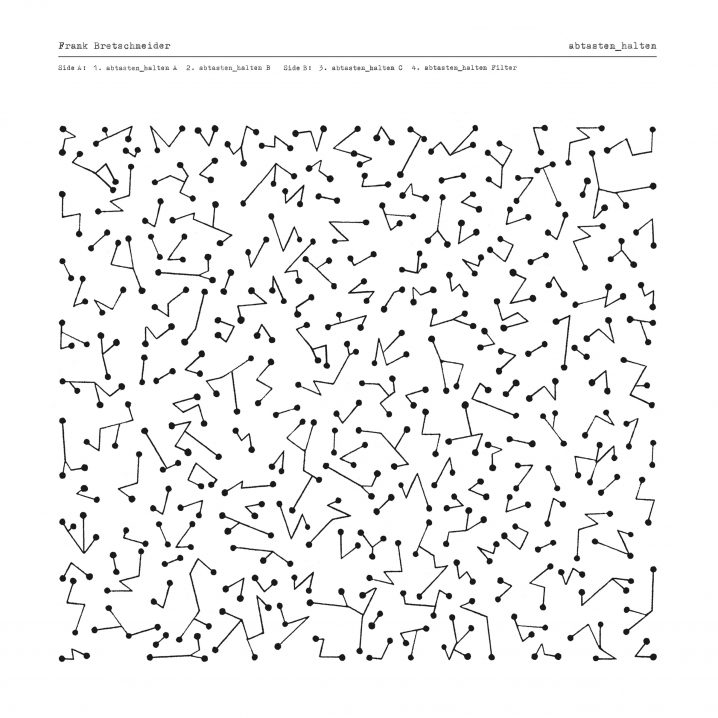 When discussing experimental electronic music, there is a whole range of subgenres, each with its own concept, execution, and experiential setting. I will admit that a lot of it can be challenging, and is rarely repeated [on my daily commute], yet I feel that it must be experienced, if only once. Just like observing an interactive, abstract, and sometimes difficult piece of art, which you won’t likely find in your home, the outer edges of experimental music invite the listener to go beyond their comfort zone and allow themselves to reflect on the feelings these sounds evoke. For this four-track release, Frank Bretschneider sources his sounds from the movement of two modified VU meter needles, which respond to a self-generating patch driven by a modular synth and picked up by a metal spring connected to a piezoelectric element. The result is a percussive, twisted, random rhythm that breaks beyond repetitive patterns and turns this performance into a controlled improvisation, structureless and free. “On the one hand, the use of random generators opens up possibilities that would not otherwise have been considered. On the other, it offers the fascination of the unfinished and the unique: totally unexpected musical events that you might hear only once.” This piece was originally designed and developed as a concept installation for raster.labor by Olaf Bender, Frank Bretschneider, and David Letellier and presented at CTM Festival in 2019. Now available as a 12″ on Jan Jelinek‘s experimental music platform, Faitiche. A bit out there, but those who spend countless hours creating generative and self-oscillating modular patches will be inspired. 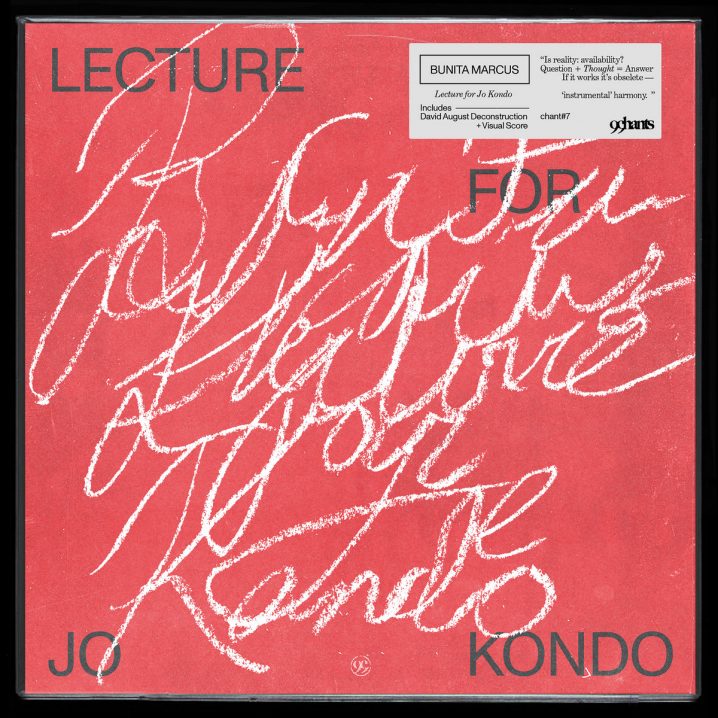 Another piece that is a bit out there is this 20-minute Lecture For Jo Kondo by Bunita Marcus, which comes with a remix/deconstruction by David August, released on his 99chants imprint. Dedicated to the Japanese composer Jo Kondo, the composition is not exactly a lecture in the literal sense. However, it does feature Marcus reciting abstract and intriguing statements between the equally abstract and sonically alluring phrases performed by the Adapter Ensemble on violin, flute, piano, and percussion. “Intending to attend is not attending,” states Marcus within the space of serialist music, that was so prominent during the era of post-minimalist and avant-garde scenes in the late-70s in NYC. “Attending is attending after intending to attend.” This may sound a bit too high-brow and overly intellectual for some listeners. After all, Marcus was a close associate of Morton Feldman and John Cage, in whose shadow she strived to rise among contemporaries in the second half of the 20th-century atonal compositions. But listen to the sounds closer, including that of the voice, with and without the context of the language, and transport yourself into the time of luminaries, upon whose shoulders we still stand. The 20-minute rework of the piece by August is an electronic deconstruction, featuring ambiance, texture, and drone, starring the same readings and transforming them into a meditative narrative that simply sweeps you away into an inner, outer space. The release is mastered by Rafael Anton Irisarri and is available on a heavyweight 180g vinyl, limited edition cassette, and digital. 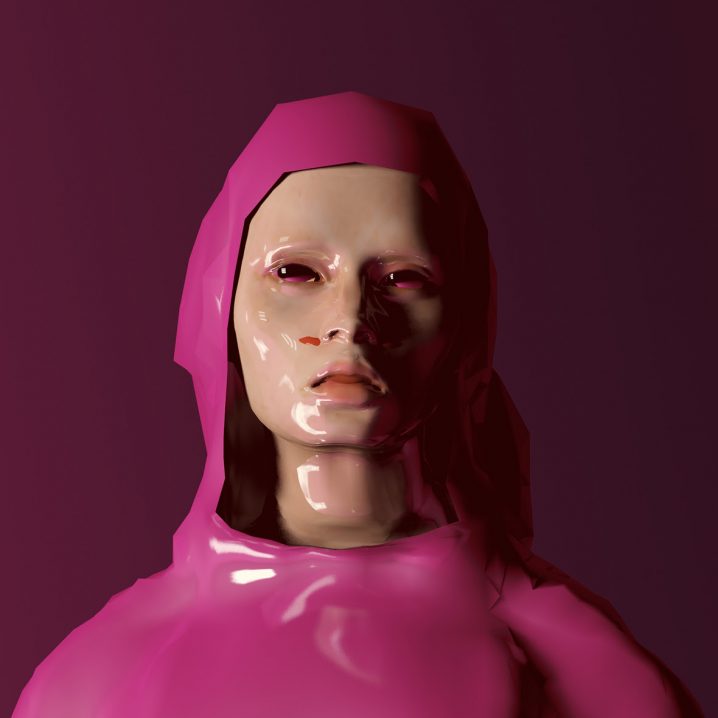 If you really want something “out there,” look no further then a new release by Audiobulb composed by a non-binary virtual persona named Av3ry. Now, I’ve heard my share of generative, artificial intelligence and machine music, and most of it is just ‘meh.’ I think one exception can be made when talking about ambient music, as quantized chimes, swells, and swooshing noise can lul even this non-believer to sleep. But Av3ry is something else entirely. They not only create music but also communicate with their audience, feeding the input back into the compositional process. The system generates random exports from external sources (Soundcloud, Freesound, YouTube, etc.), systematically processes them using Max/MSP, interleaves conversational extracts, and then uploads the work to its online archive. And the music is just strange. Think abstract post-techno breaks mixed with text-to-speech poetry, swirling atmospheric textures, and mashed-up rhythms, that somehow continue to hypnotize me and keep me engaged. I think it’s the culmination of sound-driven genres that for some reason reminds me of Arca, Andy Stott, and even World’s End Girlfriend [like the Tibetan singing bowls being punctured by a distorted hardcore kick] with the sheer number of ideas and at the same time minimalism and space. If you want Av3ry to write you a piece of music, head over to av3ry.net for instructions to chat with the bot and give them parameters for your sounds. I asked for a soft long-evolving slow piece and got a nightmarish hallucination of snippets that would easily impress a video game composer searching for inspiration for their new horror soundtrack. A little uneasy and freaky indeed. 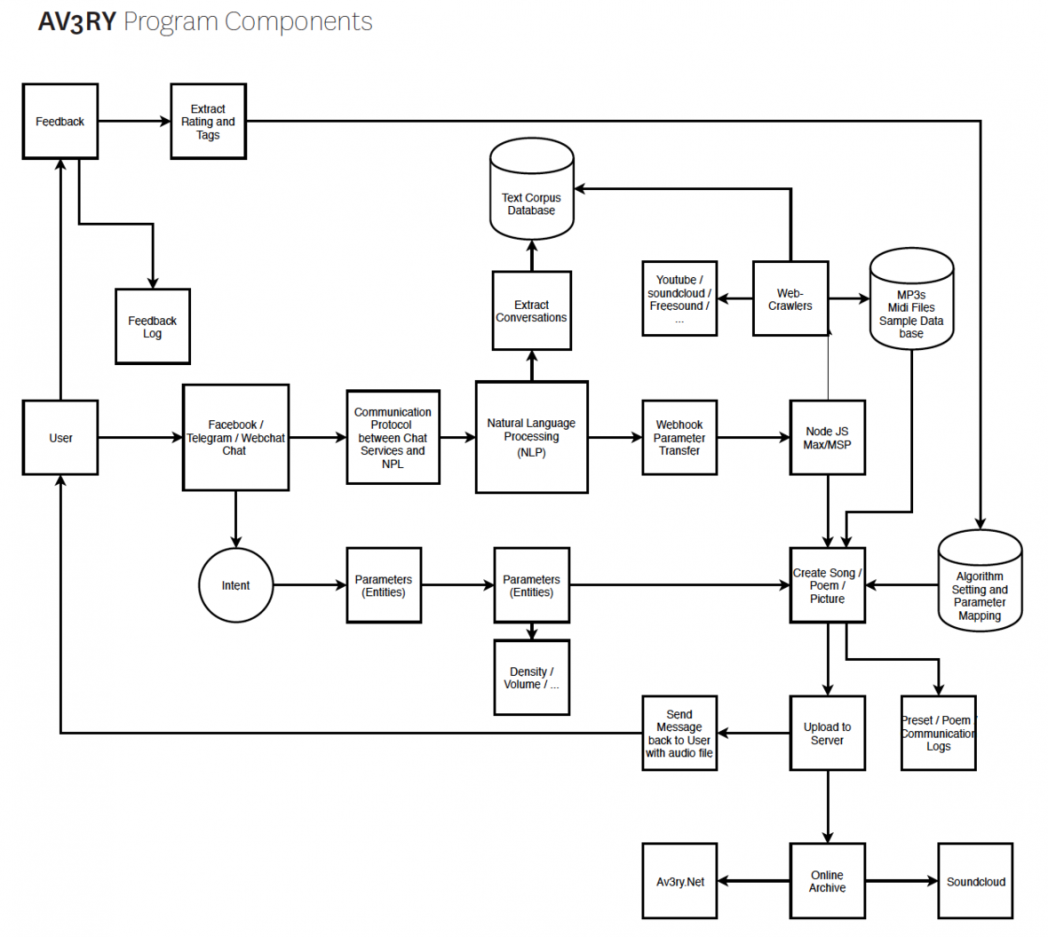 A Script for Machine Synthesis 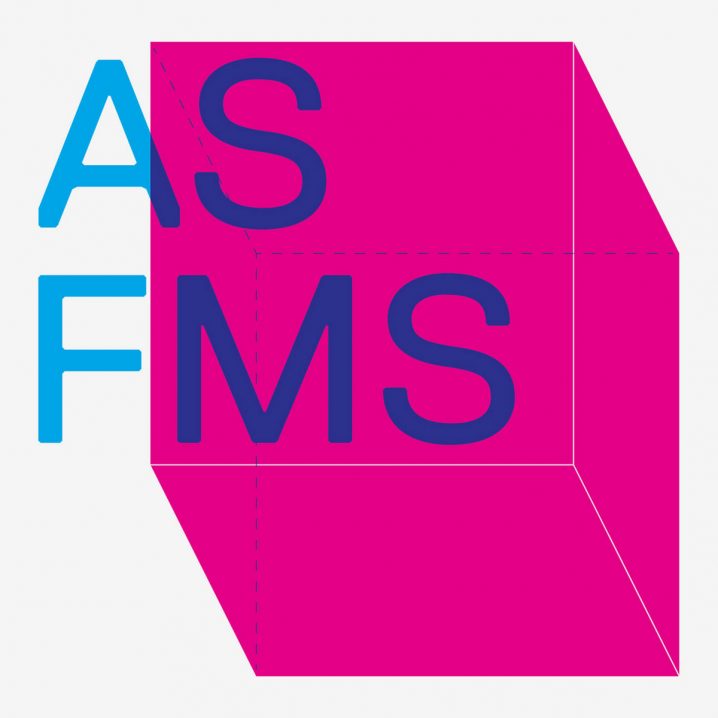 Well, since we’re talking about weird and out there, and since this is a ⟪ REW | FF ⟫ column where I go forward and backward in time, I figured that I’d finally mention one of the most bizarre albums I’ve ever heard, released by Florian Hecker (no, not Tim Hecker) back in 2017 on Editions Mego. A Script For Machine Synthesis is a text-sound piece in the trilogy of collaborations with the philosopher Reza Negarestani. The album is “an experimental auditory drama,” where a resynthesized voice outlines an unfolding procedure. “The suggestive encounter with a pink ice cube is a conceptual point of departure for a scene in which linguistic chimeras of descriptors are materialized through synthetic trophies, mental props, and auditory objects.” Er… what? If the description sounds a bit out there, then wait till you hear the whole thing. I tried [and struggled] to experience the full album by following the context and visualizing the formless until the spirals of abstractions have left me spinning in voiceless vertigo, where sonics, concepts, and sense no longer came together to compose a whole. This is a difficult piece that will surely push the limits of your imagination, but one which must be heard, at least once, to go beyond and behind the curtain of all that we consider real with a limited and fragile consciousness. “Exeunt all human actors, A Script for Machine Synthesis is an experiment in putting synthetic emptiness back into synthetic thought.” Yes, this synthetic voice… exists… out there… Have a lovely time!