In June of 2020, Phoenix-based label Lost Tribe Sound launched a year-long subscription series, titled “Built Upon A Fearful Void”, promising to release 15 new full-length albums in a year’s time. I’m already a fan of the imprint, with acts from its roster, such as From the Mouth of the Sun, Western Skies Motel, The Phonometrician, William Ryan Fritch, and kj, among the many, already showing up on my rotations and end of the year selections. So I’m excited to see what LTS has in store from some of my favourites, as well as new artists and their debuts. Here are some words from Ryan Keane, the owner of the label: “This new series might seem a bit unhinged given the circumstances. And, believe it or not, “Built Upon A Fearful Void” is not a title we invented recently, it was actually an album title that William Ryan Fritch and I have been kicking around since 2012. The album has been something I’ve been begging him to put out for nearly six years now. The timing just seemed incredibly appropriate all things considered.” The subscription is about $173 USD for 15 releases on physical CD, or $72 USD for digital-only delivery from Bandcamp and you can read more about the logistics here. Meanwhile, I wanted to take this opportunity to highlight a few discoveries that landed upon my desk already. 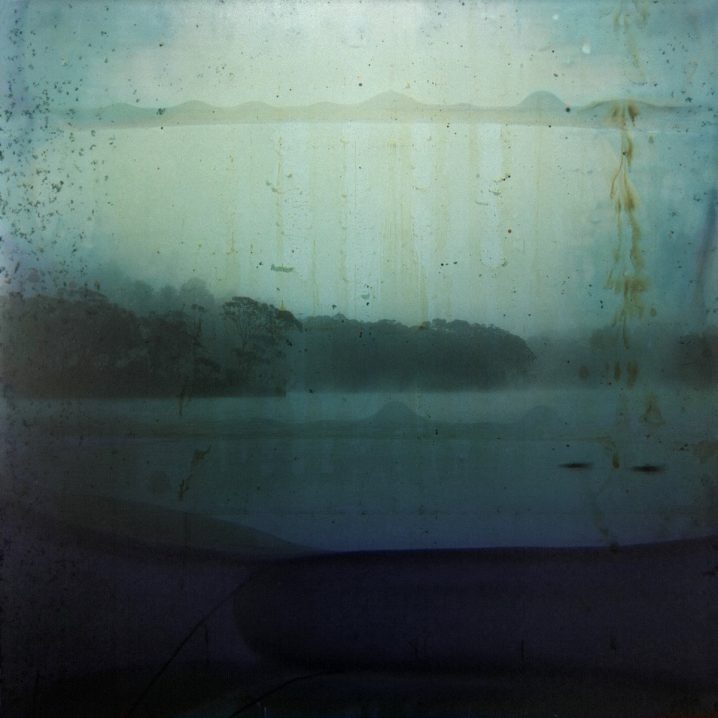 The first entry in this column is from a new collaboration between Melbourne composers, Claire Deak and Tony Dupé (also known as Saddleback), for a debut album, titled the old capital. This is a seven-piece 33-minute long-player of shadowy, gloomy, and rainy night music. The sounds are conjured via a substantial collection of acoustic instrumentation and include the piano, harp, pipe organ, accordion, ukulele, cello, viola, guitar, mandolin, and about a dozen others, too long to list, forming a very organic meandering along the pseudo-folksy landscape of ambience and drone. Some of the treatments remind me a bit of Dictaphone‘s sound (it’s probably the clarinet), rising towards the trees the way smoke envelopes their branches in complete darkness. “Much like travelling in the dark of night, the sound explorations found throughout The Old Capital come into view seemingly out of nowhere. Headstrong rhythms of shuffling organic debris and lumbering stomps help light the path with some brief success, only to be swallowed up by a slow-moving fog of droning organs and dampened strings.” This is an intimate and yet expansive multi-instrumental recording, and sometimes it’s hard to believe that it’s evoked by only four hands of these Australian composers. Would be great to find out if a visual artist has used this recording as a soundtrack for their late-night painting session… and to witness what phantoms the music brought forth. Recommended for a night in a lonely forest cabin, with a wood-burning stove, a deer hide rug, and a cup of warm mulled wine. There’s nothing to be afraid of here.

The Loneliness of the Deep Sea Diver 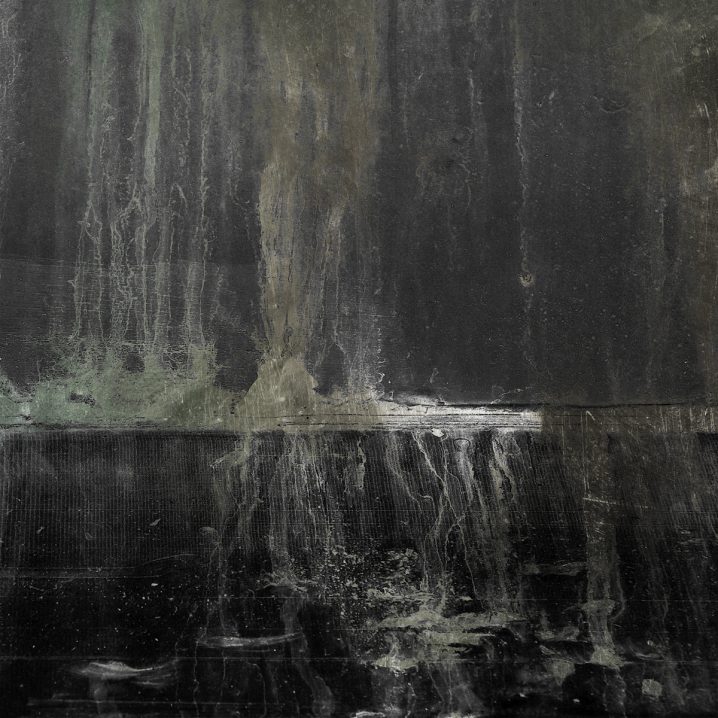 Now if you want something a bit darker, let me introduce you to Arrowounds. Like a muffled and pulsating hybrid, somewhere between the Future Sound of London and Gas, The Loneliness of the Deep Sea Diver pulls you down into its murky, dense, and sensory-deprived world of grimy vibrations, whispering voices, and shuffling beats. This is a project by Ryan S Chamberlain, who turned towards “tape loop therapy” during moments when he was unable to express his complex emotions otherwise. “What began as a simple concept of exploring his sound within the expanse of aquatic lore, quickly evolved into a storyline regarding an unnamed nautical exploration attempt that tragically unravels. Ultimately, this results in the title character being trapped below the surface by an event. Struggling with fear, paranoia and hallucinations […] the diver fights to make sense of what is real and what is imagined in the depths.” Following the trajectory, the listener is trapped beneath the deep layers of a viscous medium, in which the sound is best perceived through its tactile vibrations, causing euphoria, dizziness, vertigo, and the anxiety that comes when all senses are bent. Listening to the six pieces can feel a bit suffocating, but it’s the quality of this dark molten ambience that must be praised to evoke such a feeling, and for this, we are thankful. There’s actually a companion album to this recording, titled Oncotype Sketchbook available via Pyramid Blood Recordings, which resulted from the very same sessions. Although still stitched from the same lo-fi tapestry, it’s a lot lighter, “reflecting hope in the darkness.” Both of these should appeal to fans of The Caretaker, Sana Obruent, Orphax, and The Inward Circles. A great example of a trustworthy label introducing me to a new interesting act.

At Once, There Was No Horizon 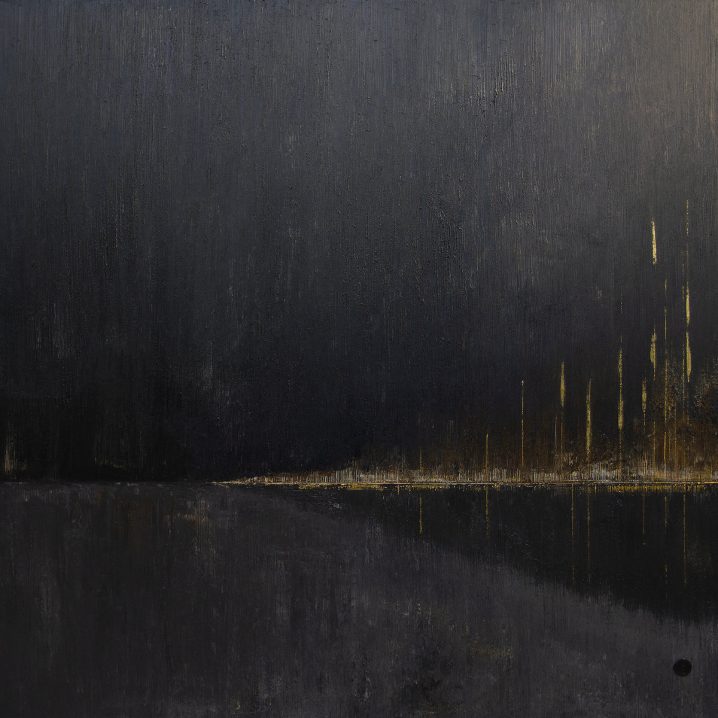 Part of me wanted to cover the new William Ryan Fritch record, released on this series in June, titled The Letdown. I also wanted to mention an upcoming release late this winter by Fritch, titled Solidum. But it seems that it’s not enough for this prolific multi-instrumentalist to release two albums on the Fearful Void under his real name – he also put his fifth record as Vieo Abiungo, which was his very first alias and the very first record on the label nearly a decade ago. So I can’t escape not writing about Fritch [by the way, check out his studio that I profiled back in 2016]. Before I go on, I also want to draw your attention to the album cover. And not just the artwork depicting a painting by Rep Ringel, but also the overall mood of the covers for this entire series, sourced from a range of artists [one of which is mysteriously referenced as TBA] creating a cohesive climate for the journey. And just as the art, At Once, There Was No Horizon is a brooding, sombre and morose record, a little mouldy and damp at the edges, fully organic and truly alive. For some reason, it reminds me of a lone tree fighting for light in a dense forest, surrounded by dead foliage, mushrooms and vines – the path may be hard, but with enough perseverance, it might just survive. In fact, when I read the description [and I never read the press release prior to writing to avoid being lead] I find references to the vegetation, afforestation, and organic matter found within. “In moments, the exchange of timbral energy from instrument to instrument feels distant, alien, and disquieting, like walking into a sweltering forest where sounds shift and converse around you unrevealed.” Fans of Hior Chronik, Olan Mill, Jacaszek, and pretty much everything on Miasmah imprint will agree.