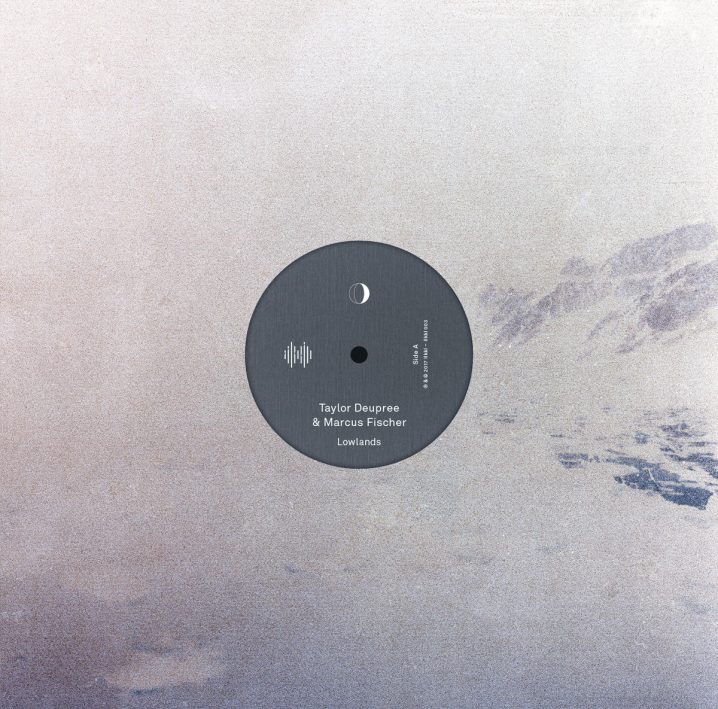 Lowlands is the third edition of the recently launched IIKKI project, a unique concept in which each entry in the series is the outcome of a creative dialog between a visual artist and a music artist which results in parallel imprints – a fine art book and a vinyl record. This one began when Ester Vonplon traveled last year to Spitsbergen, an island in the Norwegian Svalbard archipelago, where she captured impressions of the calving glaciers and the melting ice of the Arctic Ocean aboard a three-masted sailing vessel. The musicians chosen for this edition are Taylor Deupree and Marcus Fischer, frequent collaborators and potent alchemists in the art of electro-acoustic minimalism, who fashioned an audio narrative from recordings made over a 3-year period in locations as far-flung as Iceland, Oregon, Florida, and New York. The 112-page hardcover book includes 88 of Vonplon’s artistic photos. It is a captivating study in patterns and perspective rendered in muted colors and chilled to a perfect melancholy hue. As the liner notes suggest, the images can, and should, be enjoyed and along with the music which so effectively matches the forbidding beauty, frosty textures, and sense of isolation they present. Deupree and Fischer seem particularly inspired by the source material as they saturate the ears with warm, granular loops and sonic ephemera, mesmerizing in their nuance and filigree even as they are stilled to a near-quiescence. We are given a glimpse of the world which simultaneously real and imagined where time passes differently even as its former grandeur slowly fragments and melts away. 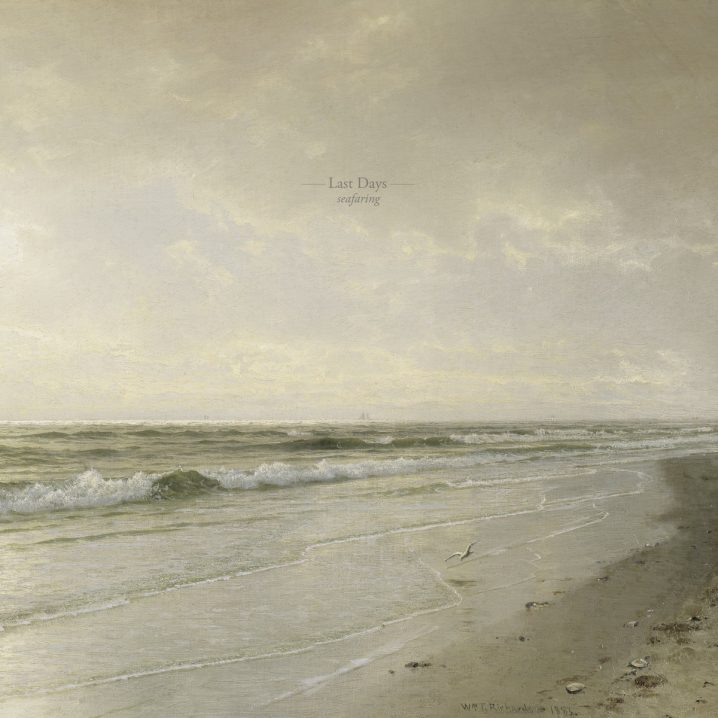 With his fifth album on n5MD, Northumberland native Graham Richardson’s Last Days project revisits the theme of his first release on the label over 10 years ago – the sea. Whereas his debut record was more of a personal reflection, Seafaring casts a wider net as it paints a variety of portraits & vignettes of maritime life both modern and historical. “Drawing inspiration from shipping routes, to Ernest Shackleton and his crew’s ill-fated voyage on the Endurance, to families being disjointed and reunited, Seafaring goes some way to hint at what the oceans present to us.” The broader scope and outward focus do not come at the expense of Richardson’s restrained approach to combining acoustic and electronic sources to create warmly inviting soundscapes that are as intimate as they are cinematic. Some pieces are direct historical references Shackleton’s adventures (“Endurance”, “Weddell Sea”, “James Caird”) while others place the listener in melancholic seaside settings such as the beautiful tracks that bookend the album (“Towards the Horizon”, “Where the Sky Rests”) or the reverie-like “Fading Shore” and “Tiny Flares”. Imagine sitting by a crackling fire reading tales of the sea with the sound of the surf pounding the shore at a safe distance and the sharp scent of ocean brine carried on the breeze and you get an idea of the places to which this music can transport you. Seafaring will be the first Last Days album pressed on vinyl and is available in white or clear editions as well as a digipak CD. Selected for the cover image is A Quiet Seascape, 1883 by American landscape artist William Trost Richards. 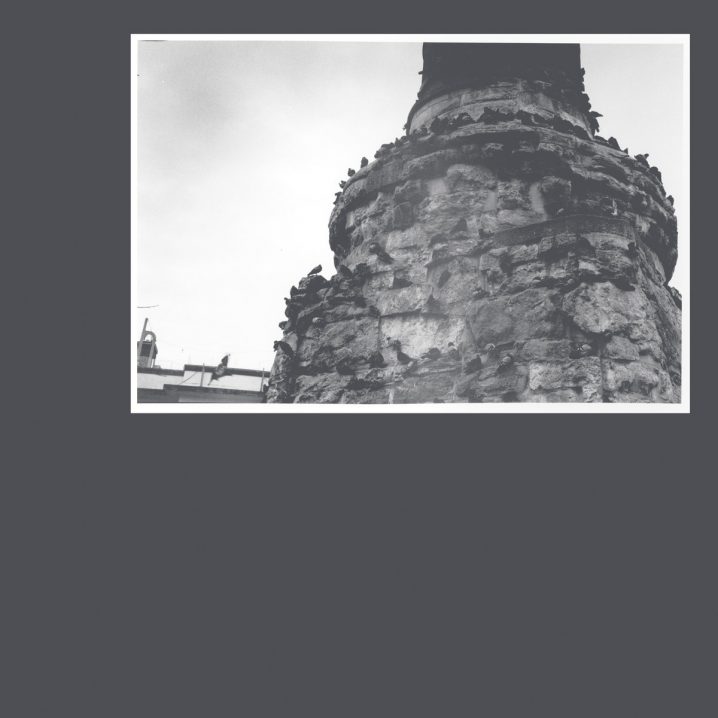 The inspiration for Chihei Hatakeyama’s Mirage came during a trip to Turkey taken by the artist about five years ago. The diverse and exotic architectures, streets, bazaars, and waterways were no doubt a feast for the eyes, but it was what Hatakeyama heard with his keen musical ear that spurred the creation of the new album. Framed as “a meditation on the phenomenology of music and architecture” it explores the way sound is shaped and influenced as it traverses and mingles with the surrounding structures. “Walking through the labyrinthian bazaars of Turkey, Hatakeyama took inspiration from the way sounds emerged and decayed within those spaces. Looking to replicate these experiences in the creation of the album, he developed a series of new processes and transformations that expanded his approach to textural music.” Always a careful cultivator of evocative soundscapes, the quiet epiphany that occurred on that trip gave Hatakeyama new shapes to mold and a fresh palette of colors and textures with which to do it. Formless and weightless, we traverse through a variety of places and geographies as if in a dream state – an ocean, a river, a starlit sky, a bus terminal, and a cathedral. Voices rise from a busy street corner into an ethereal chorus. We are haunted by the sound of a distant train whistle, a hazy mirage, and the stillness in the silence of the day. Never does a clear picture of any object emerge as we are exploring not the things themselves, but the spaces around and between them, their contours, aura, and resonances. Mirage is a travelogue of a particularly abstract and beautiful nature, yet another gem by the Hatakeyama in the Room40 catalog, a label where he seems to consistently publish some of his most compelling work. 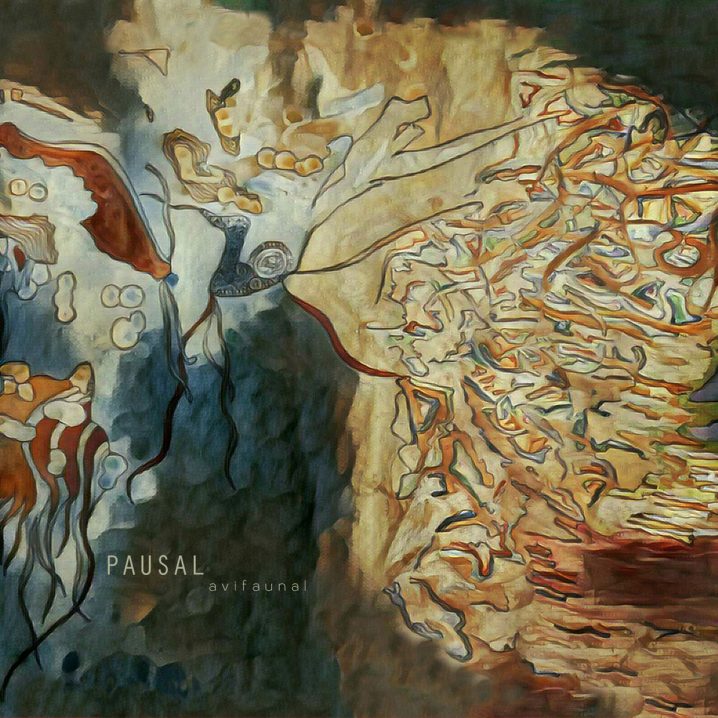 Imagine the textured, aerated drones of Sky Margin and the pastoral romanticism of Along the Mantic Spring fused into a single amalgam and then elevated into a dazzling, symphonic edifice of sound. Avifaunal is the brand new lush and expansive musical narrative created by Alex Smalley (aka Olan Mill) and Simon Bainton under their collaborative moniker of Pausal now out on Dronarivm. The grandiosity of the new record has its origins in a live performance a couple of years prior at a venue which invited experimentation on a large sonic scale. In 2015 the band was asked by Martin Boulton of Touched Music to perform in Pembrokeshire, Wales and set about generating new material for the show. It was also an opportunity to develop a new equipment setup including a looped turntable, voice microphones, and synths. A local hall was hired for improvisation and practice sessions which provided an interesting sonic space to explore and possibilities to work at far louder volumes, both of which helped shape the eventual live set and the track “Murmuration” as that is represented here. “Spiral”, “Scatter” and “Soar” were also edited and assembled from the recording sessions around this time. Often when only one or two musicians are generating sounds in this format they either take an intimate approach or succumb to the temptation to overwhelm with volume. Pausal does neither. Instead, Bainton and Smalley build and intertwine layers of sound into rich overlapping strands that emanate their own power. Viewed as a whole, “Murmuration”, which is offered in three separate but contiguous movements on the record, is simply a magnificent, sprawling piece of orchestral proportions and with a scintillating undercurrent, a motif which is echoed in more concise and restrained form on the lovely closing track “Soar”. Ensconced in between are a pair of beguiling soundscapes – the foggy swirls of “Spiral” and the shimmering metallic abstractions of “Scatter”. The dizzying heights of inspiration scaled by Avifaunal make it an equally cerebral and exhilarating journey.