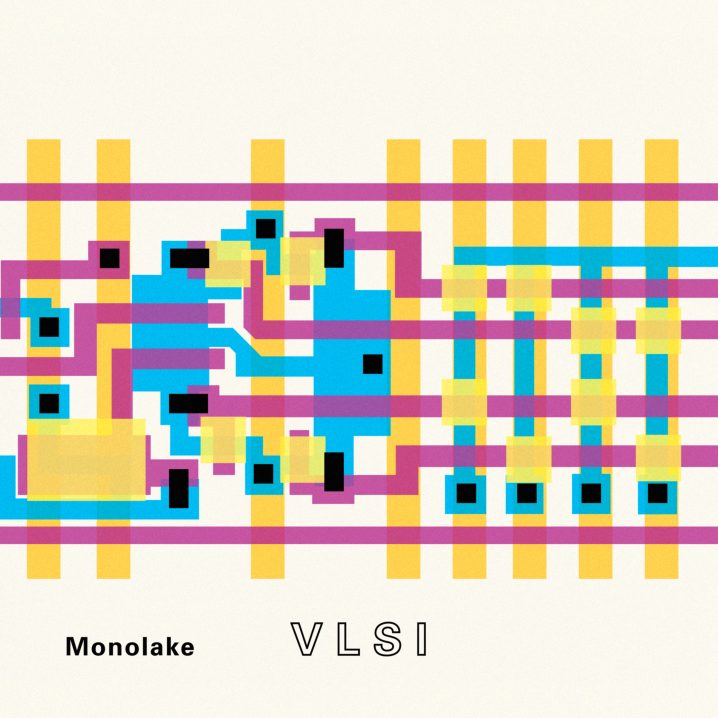 Monolake continues to crawl along desolate spaces and dark crevices of uncharted places, with his signature sound design, intricate programming and hollowed out rhythms. The emptiness between my ears is especially amplified via a pair of headphones, and I would absolutely love to enjoy VLSI on a nice pair of loudspeakers. It’s been over four years since Ghosts released on Robert Henke‘s very own Imbalance Computer Music, and this collection of eleven tracks seems to push the original idea even further, than the initially released series of six EPs appearing between 2014 and 2016. The initial source has been re-arranged and augmented to construct an album of “sonic archaeology” mirroring the complex structures of a Very Large Scale Integration. Digital percussion is complemented with synthetic soundscapes that mutate and evolve into granular textures, offset only by a continuous beat. Just like an entangled design of an integrated circuit, the tracks on VLSI are constructed using machines built by other machines. “The interaction with these machines guided a minimalist and structural approach to sound and rhythm, expanded and re-contextualized into a futuristic soundtrack.” A visionary reflection on humanity’s dystopian future. 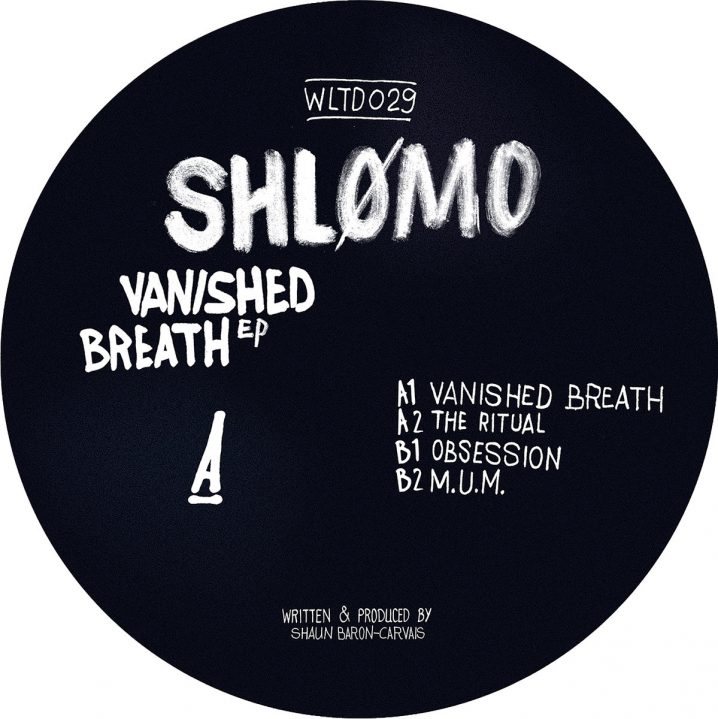 Occasionally a promo lands on my desk and then somehow mysteriously ends up in my playlist. This, in turn, gets all jumbled up, re-arranged and re-sorted, until by accident [or not!] I finally hit play, and then I’m off on my morning commute. This indeed was the case with Shlømo‘s unexpected Vanished Breath EP on Wolfskuil Limited, which opened up with an atmospheric title track, licking the sonic landscape like the cold ocean waves. The production quality was immediately high and I thought that I was in for a treat of an optimistic early dawn ambiance. I was wrong with “The Ritual”, which, although maintained the standards of execution, dropped into a darker breakbeat territory punctuated by an occasional deep drop. Now we’re talking. By the time “Obsession” came on, a proper warehouse techno heavy hitter, I was already looking up Shaun Baron-Carvais discography, including his 2016 release on Delsin, In Absentia: Tome 1 [there will be more “tomes”]. So I already felt justified in my head jerk towards this “no-prisoner taking” EP, and as the record ended with a synth arpeggiated walk across some chords I was persuaded to share with you this new discovery. For more on this French prodigy check out Titan EP on Singular and The Rapture on Arts Collective, both released in 2016. 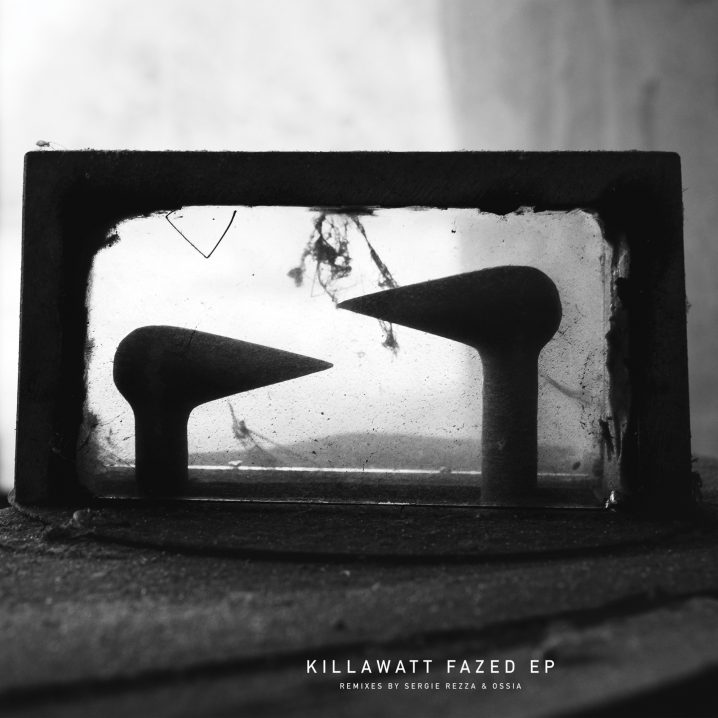 Rolling over your precious green lawn, like a rusty tank out of mud trenches, is the latest from Matthew Watt, releasing under his Killawatt moniker on Derelicht. Not a newcomer to the scene, with numerous twelve inchers on Osiris Music [including a full length], Lion Charge and even Tempa [check out some dubstep from 2012], this British artist combines elements of UK bass with industrial emptiness and ambient atmospheres to deliver three cuts of hi-end production values, dance-floor appeal and head-fi experience. The minimal explorations of the suffocating environment are prevalent on “Livewire”, a dense and dark piece of sparse nightmares that would keep the fans of Demdike Stare excited with glee. The growls of this animal become more transparent on “Okinawa”, a sick fiend, gasping for its last breath, its final howls echoed only in a remix by Sergie Rezza appearing on the other side of the vinyl. This more than welcome post-techno progression is more prominent on the aforementioned LP, Émigré (2015), which I somehow completely missed last year, and now only more than happy to [re]discover. Highly recommended for fans of drab districts and shadowy terrains… 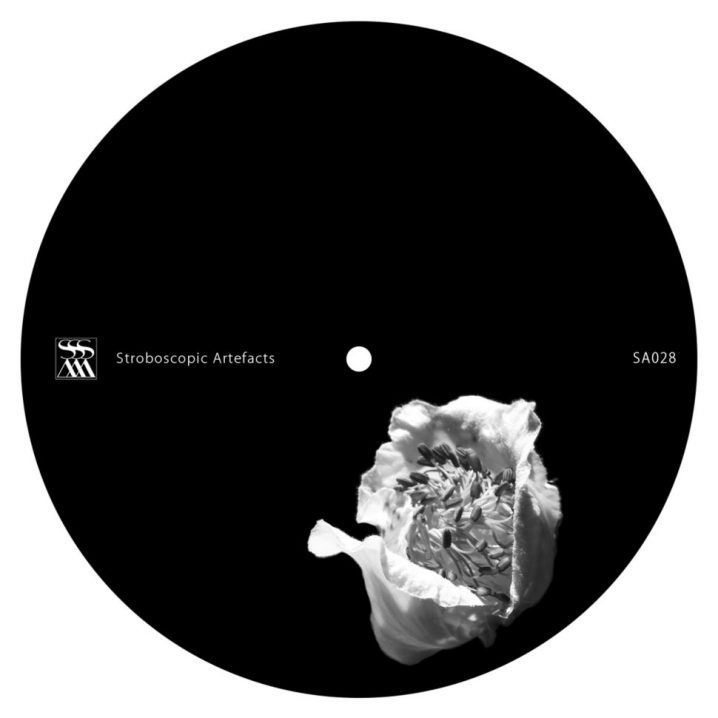 The mysterious artist behind the moniker Rrose (ok, I know who it is…) continues to guide us down her passageways of malevolent techno with ongoing sonic hallucinations and ruthless poundings… and I love every minute of it! This time, she is joined by Luca Mortellaro for a 12″ on Lucy‘s very own label, Stroboscopic Artefacts. The aural fabric shape shifts in an infinite Shepard-Risset glissando – an auditory illusion which I’ve heard Rrose use on a number occasions in her productions. The particular malicious undertone in the tracks is especially delicious, as it breeds unease of a horror soundtrack with the evil beats of minimal techno. “Chloroform” is an ambient prelude to the dazed out darkness of unconsciousness, where you will find yourself struggling for air in an oppressive atmospheric trip. “The undertow of distortion beneath the glistening tone waves, in particular, provides a distinct update to the legacy of so-called tonal ‘minimalism’“. The Lotus Eaters is only 4-tracks in length, but at nearly 40-minutes long, this record is yet more evidence of how techno continues to evolve and become more interesting with every year. For more from Rrose, check out a split with Orphx, titled Summer Solstice Edition out on Khemia, and yet another split with Kangding Ray on Stroboscopic Artefacts once again…