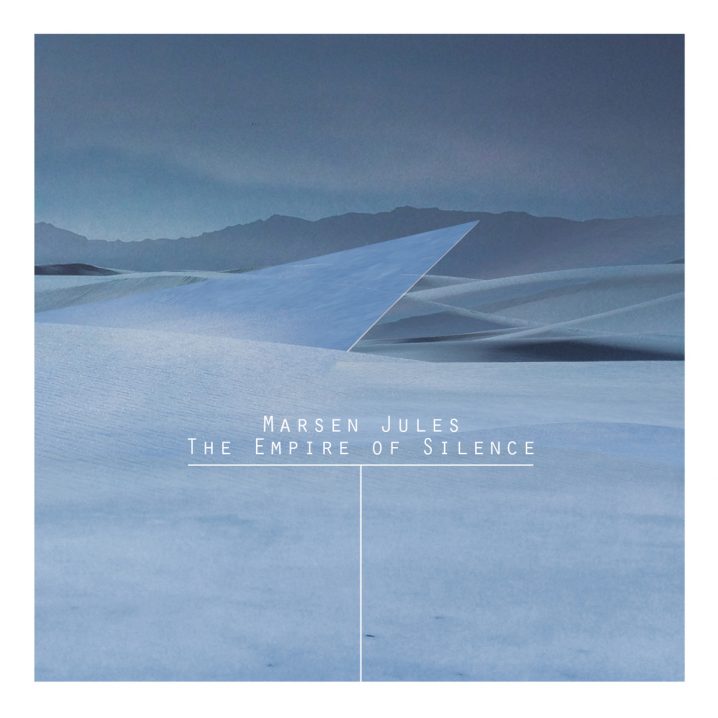 Today we’re featuring a track première, exclusive to readers of Headphone Commute! Taken from Marsen Jules‘ upcoming album The Empire of Silence, released on Oktaf on March 30th, “Skriniya”, which is an Inuit word (Eskimo-Aleut language) for “floating snow” or “snow that never touches earth”, is an organic meditation on Nordic frozen landscapes:

Ten years after his debut-album “Herbstlaub“ on CCO, German ambient composer Marsen Jules takes us to his “Empire of Silence“, an impressive soundtrack to the epic power and beauty of Nordic snow and ice-landscapes. Thereby he sounds even more elegiac, warm and romantic as ever before. This might be a result of a strict reduction to bittersweet symphonic string-sounds. Sounds which Jules elapses like a prism on the timeline and lets them meander on the slightly on the listeners eardrum.

The pre-order of the CD via bandcamp includes a download of a 38-minute bonus track and a postcard with the cover design. To receive a personal bandcamp download code for the track, please point your clickers to the following URL to sign up: